Just trying to situate myself this early summer’s eve, drinking cold coffee and recovering from a strange corporate feeling morning of eating preposterous muffins that were wasted on nurses and janitors who were all burping nervous greetings at each other and making small talk about their packed fridges inside of their colonial homes, killing time before the brain washing motivational seminar started.

Rock City couldn’t have come at a better time. Here we all are – some of us reeling from the plagued economy, some of us ready to go off the grid and ride bikes forever, some of us stressed about our day jobs

And here we are, as provided by the most reliable locally based online music and entertainment magazine, Detour, it’s 3 days of non-stop music in a relatively contained area, inside the Majestic Theatre complex, with some of it traipsing down Warren Ave. past Wayne State and into the Contemporary Art Institute of Detroit. 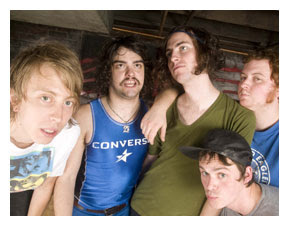 It’s the typical blogger play, at this point, to give his/her “picks” and single out a few bands.

but just go here for the full schedule.

Instead of me singling out bands I’d rather just bask in the gloriously overwhelming amplitude of the event – the balance is commendable – Detour’s done well to balance it out so that you can guzzle it all in and gorge yourself, or just pick and choose, come and go, listen and leave, throw a dart on the wall to decide your destination and time and you’ll still probably find something interesting that you’ll be into: with eccentric experimental pop acts like Marco Polio and the New Vaccines, Sex Ghost, and Prussia playing early slots, alongside pop acts like The Decks or Tigercity … 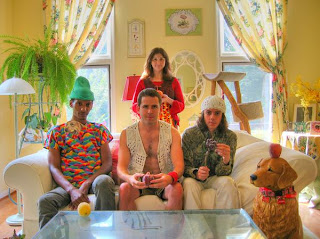 well, I’m under-cutting myself and making picks. Oh well. Kiddo is coming back. I love F’ke Blood. The Apes will be in town! The Terrible Twos are on the cover of Real Detroit this week. The motherfucking Death Set leads into The Dead Bodies! And you know it’s a ridiculously packed line up when the Silent Years are playing at 1:40 PM in the AFTERNOON. 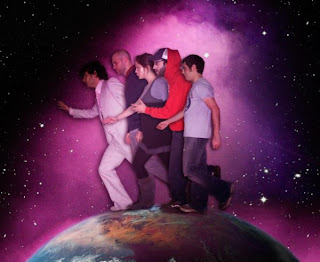 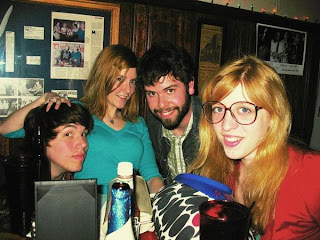 One day passes are $20. Weekend passes are $30!
Exorcise the apocalyptic drudge of your day jobs and basic cable television. Let’s all get in front of loud amps and yell greetings into our steadily dying ear drums.
Posted by jeff milo at 7:11 PM