Reviews: The Fifty (from Detroit); Low Vs. Diamond; Willoughby

The Fifty - Laugh Until It Hurts

Detroit rock quintet The Fifty understand the necessity of balance, clasping grit-n-grime with polished poignancy…they can squeeze endearing piano-runs that shimmy with a playfulness over sidewinding shake-able percussion, but by the next track it could be all fuzz-blown guitar-muscle rock and cyclone solos over pounding bass and avalanche drums.

Vocal harmonies and piano intricacies and pounded-to-pirouette drumming and post-punk wavy basses and sweet guitar blitzes – a new take on the pop/rock format – not all the way sugary or all the way harmony-focused, or even all the way 70’s classic hard rock explosions, but yet dipping into all three.

The band plays 5th Avenue in Royal Oak on October 15th. (As part of a weekly residency.) Check them out at: myspace.com/thefifty 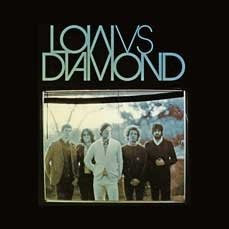 
Smooth and shimmery pop-rock as grand as the wide open blue sky, as euphoric as the sun-spilled swing in the hammock or as writhing as that long drive home from an inevitably crumbling love – this is that youthful kind of escapism where you steal the car for the night and wander through the city streets finding new perspectives and breaking hearts and having your psyche torn this way and that in naivety-killing twists in the thick traffic-light spackled brush of the concrete jungle.

The lyrics are often melodramatic, the drums are these rousing runs that keep the engine rolling through alleys that throb with the steady bass-grooves and the guitars shoot across the sky like wondrous pedal-effected comets. It follows that same sort of brash and celebratory tract as Tokyo Police Club or the Killers, but adds the proper weight and wide cinematic scope that this Los Angeles-by-way-of-Colorado group of jam-band-players could conjure through their rebirth of theatric rock reverence that riffs on Echo & The Bunnyman, U2 and Coldplay – but really amps up the rhythm on the heavier rockers, (which are balanced by the occasional piano-pensive whirling.

High-gooey vocals and charging guitars, heavy on growing-pains documentation and lovelorn reflections, this is a steady debut in the pop-realm and should open up a rewarding future of plenty of soundtrack-slots and stadium shows for the ambitious rockers. 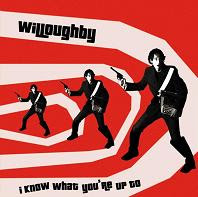 Willoughby - I Know What You're Up To (Sargent)
Sun-baked lo-fi melancholic singer/songwriter pop, with subtle humming grooves, warm soft toned organs and acoustics and the occasional spacey synth accompaniment, under sweet and shy vocals sung in that wispy harmony-ready California sunset glow (ala Byrds/Zombies.) After the pleasing pair of opening racks, William Gustavus Seyffert (Willoughby) drops the low-key Sea Change-era Beck or sunnier-Sparklehorse vibe to reveal a beautiful, distinctive piano-bar march and a spooky, bending guitar in the tingly ballad of unrequited love, ‘Frankenstein.’ Stripped-down sessions of one-man with a rotating cast of friends, perfect rainy-day music that Elliott Smith fans should take notice of - complete with an evocative cover of Lennon’s “I’m Losing You.”
Listen: www.myspace.com/willoughby