TV Is My Friend (Thoughts Before The Emmys)

So, the Emmy's are this Sunday. And, oh, how we sanctify our screens... Whether it's your flat screen HD behemoth in your living room pumping out basic cable slop or if it's something more offbeat on your iPad while you're on the bus, streaming Netflix or Hulu or Amazon or....how many other avenues are there, now? 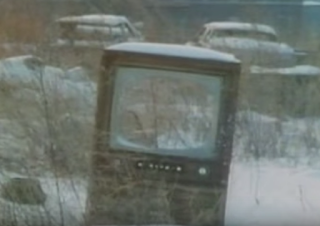 A TV Critic came on the air during NPR's Morning Edition to gripe about how demanding her job has become, now that someone decided we live in "...a new golden age of television." (Just hearing that phrase makes me want to watch something...anything).

The TV Critic talks about how they now have to spend more than six hours of their days watching television, ostensibly implying that there's just so much that deserves that much attention, that is worthy of reviews, that is potentially worthy of awards...

The Critic imagines herself defending her predicament against the editor of the Sports section: Imagine there were 50 new different kinds of sports with a hundred new teams playing them... or something to that extent... all tacitly deserving of coverage, of recognition, of validation.

Let's talk about validation. Or, rather, since we're talking about TV Critics, why not talk about Music Critics. Imagine there were 5,000 new sports with 25,000 different teams playing... And that's just a tip of the ice berg. How many bands, how many singular musicians, will pour just as much of their heart and utilize twice as much of their talents for their album as any actor or producer might for whatever new show has just been malevolently malformed inside a cold, corporate, focus-grouped board room inside a skyscraper among skyscrapers and scraped onto your screens in time for sweeps...

When the Grammys come along, there isn't a Music Critic coming on NPR talking about the chunks of their days spent listening to albums... Because something already feels so pre-determined about the Grammys. (You know this, already; I'm not necessarily chiseling a profound blog rant, here). Taylor Swift, Kanye West, Kendrick Lamaar, Mark Ronson, Meghan Trainor...The implication being, we already know these megastars are pre-crowned, we know that if they're names are repeated throughout the evening's gala (and if some of them perform, live) then we'll get more ratings, so what's the use in debating?

What's the point in talking about your esoteric indie artists, your avant-gardist boundary-pushers, your artists who have just as much to say, sometimes more worthwhile, more inspiring, more enlightening... Forget about the 50,000 other sports teams that you, Music Critic, have been trying to keep up with, because not only are they utterly taken for granted, it's almost nonsensical for anyone to even get up on a bloggy soap box about their disregarded existence. Because music, and the  music that is made my modern musicians, is not as important as TV.

What else is on?

But, truly... TV is a numbing escapism, whereas music is an active escapism. TV is something that washes over you as you sit there, there is no dimension to it and it, whatever it is, say, a show, is often formulaic... Music challenges you. Music demands that you respond to it. It is a more engaging experience. Of course TV Critics are more glamorized... Because who doesn't love watching TV? It's easy. But is it love... Do you love watching TV? Or is it just something that you don't have to think to much about, as you do it... Dive in to an album...its essence is the majestic whale amid a sea of sound... Try to harpoon it, catch it, stop it, document it, dissect it... Maybe it won't even let you catch it. But that's the thing with music vs. TV... You have to try harder. It wants you to try harder. That's why I love music...one reason among many.
Posted by jeff milo at 5:43 AM