Peace to Mateo - Some Strange Reason

...the dream of peace seemed more distant than ever... 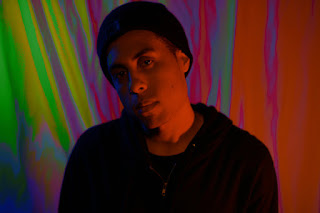 We crave peace of mind. Sure, we'd all want world peace. But peace of mind requires mental gymnastics. But it can be attained at any time, in almost any location (provided the proper headphones), with Some Strange Reason. This is the fourth album by producer/lyricist/composer Matt Black, a.k.a. Peace To Mateo. And while opener "Dream of Peace" may emit a few samples from ghostly-sounding recordings that might suggest world peace..., I'm responding to the calm, or sense of calm, that's brought to me through immersion into arrangements of bass, chimes, subtle beats and saxophones. I believe that Peace To Mateo's blend of trip-hop, cinematic electronica and ambient hip-hop, achieves a higher degree of cerebral harmony than a majority of comparable composers inclined towards manifesting something that sounds "chill..."

These eight songs, especially the enveloping nature of the builds and bridges of "Splash Damage,"evoke both a sense of transport and of tranquility--these songs pull you into amorphous places and ignite active the imagination. And while I mentioned "samples" in the opening track, this album's noteworthy because it's the first batch of wholly-original compositions by Black, written and produced over the course of the last two years, diverting away from the predominantly sample-based assemblages of his previous three releases.

There's audible precision in the production, finding a uniform vibe in the warm, syrupy tones of the bass, guitar and synth elements, as well as the adorning saxophones. The percussive arrangements coolly convey you through the unfurling curtains of sounds, a composite of expressive phrases from each instrument dance in and out, like the steady transition of one thought to the next...And that fosters that quiet contemplation that I was getting at... This music has the power to influence an unflexing of your anxiety muscles--that everyday tension that each of our busy brains seem addicted to, like we can't let ourselves relax.

You could say that to "dream" is to attain a sort of "peace..." But the "dream of peace" is nearer than you could imagine when you give yourself over to music like Some Strange Reason. Peace To Mateo's measured, instrumental pieces contain rhythmic hooks that could suggest the subtlest of dance moves, but for the most part it's a subtle music that encourages activity--not any activity akin to singing along to catchy anthemic choruses or losing your shit to a sick beat... The activity, for me, is all in my mind--through the power of sonic suggestion. It simultaneously stimulates and stills the mind... You could say that instrumental trip-hop doesn't have as much to say as a folk song or a punk song or a rap song--but the conversation that's set off by it is, by design, in the mind of the listener.