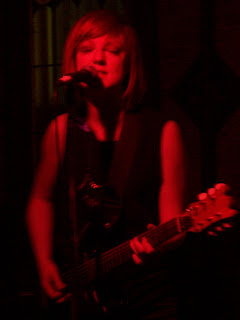 Busy night last night - one of the bittersweet aspects of Detroit's scene - on a good night you can be one place and be satisfied with your decision yet simultaneously kicking yourself for the hot-blooded exploits that you will be missing at 3 other bars in the downtown area...namely, I missed the Hentchmen. But, still had a good night of music.

Just a few photos and words from last night's show at Jacoby's, featuring The Spainards, Wildcatting and Silverghost. Walking through the joint, asking around from assorted attendants or band members, no one seemed to know much about the Spainards, and the mystery is thickened this morning by the fact that I can't seem to find them on myspace - but they showed great potential as a power-trio delving into standard, catchy artsy-indie rock with a measured dose of abrasive noisy feedback at the frayed edges. Keep a look out for them...hopefully they play again sometime. 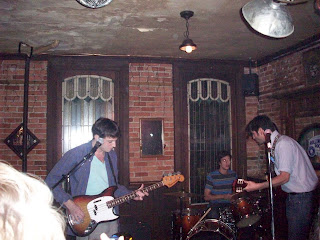 Wildcatting, the forceful wrath-of-Zeus instrumental metal-math rockers (who started in Milford, growing up with Silverghost keyboardist/singer Deleano Acevedo, hence the added camaraderie of the shared bill) further developed some of their new material, fleshing out another cerebral relentless pounding titled "Found Foot;" while also inviting Lo-Fi Bri (from Carjack. and the Electric Fire Babies) up to perform one song as the hybrid-band Carjacking, (covering Carjack's fittingly titled anthem, Carjack Theme. (The Electric Fire Babies play Jacoby's next Saturday.) 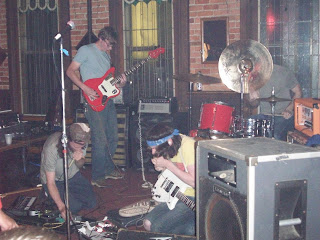 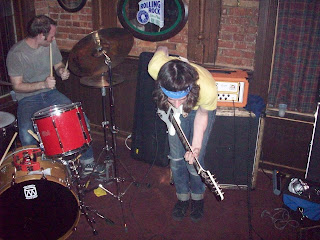 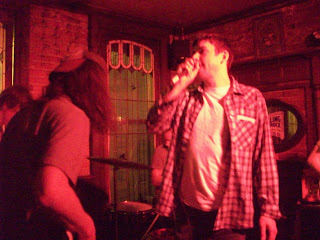 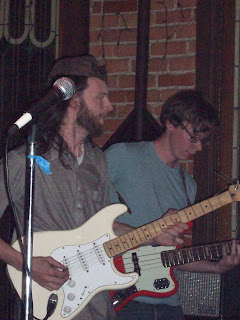 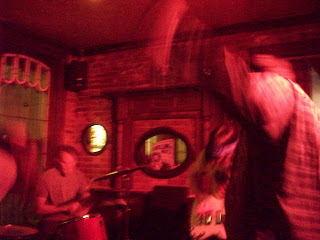 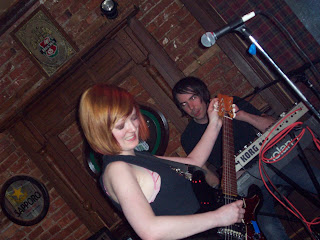 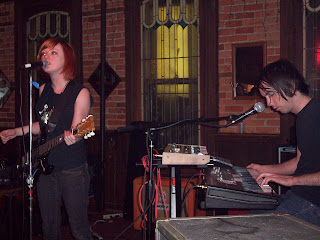