Benefit for Iraq Vets - at the Magic Stick, September 11th

...with a staggering local line up:
The Directions, Duende, Electric Lions, The Frustrations, the Friends of Dennis Wilson, The High Strung, The Koffin Kats, Mick Bassett & The Marthas, Stare Into The Sun, Sik Sik Nation, The Questions and Pinkeye!

Life Their Voice and Sound: Benefit Concert for Veterans of the Iraq War 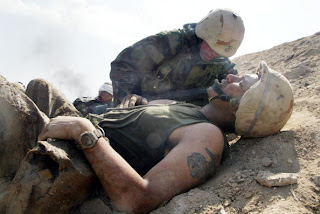 Seven years, more than five spent in a war, with 4,460 dead and counting. Those who survive, return only to start fighting another war – rehab and resituating back into society; or learning to use a prosthetic limb, or battling psychological demons.


Drew Bardo, singer/guitarist of local rock quartet The Questions, speaks to me of complacency, egocentricity and cruelty – three traits degenerating the human race, each sufficiently massaged and fed by the great numbing power of thin screens on glowing boxes showing shit-eating grins of talking heads with backwards logic, lies and a constant parade of distractions. But now, it is time to sober up – and realize the human tragedy of the Iraq War. 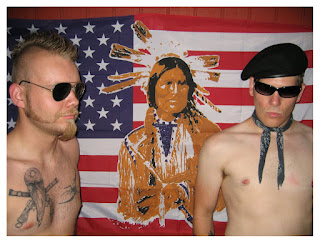 "We're trying to do something that has an immediate impact," says Bardo, who, on September 11, 2008, will host a fundraiser concert for wounded Iraq veterans at the Magic Stick. Proceeds will go to Soldier's Angels, (soldiersangels.com) a volunteer-led nonprofit organization started by the mother of two soldiers, dedicated to providing aid and comfort to US Army, Navy, Marine, Air Force and Coast Guard service men, women and families. "To help these kids, who frankly, return having paid the ultimate sacrifice, sometimes with their body or their mind or their soul, or with their lives. They're sacrificing the deepest part of themselves. For what? That's another show. That was the last two shows…"

This is Bardo's third Iraq War-focused concert, but instead of protesting, or, asking "why?" this show is less about dissent and more about humanitarianism; to ask, "how? How can we help?"
The show starts at 7 p.m. and features a diverse cast of metro-area musicians: The Questions, The Frustrations (pictured below), The Electric Lions, The Koffin Kats, Duende, Sik Sik Nation, Friends of Dennis Wilson, The Directions, Stare into the Sun, Mick Bassett and the Marthas and Pinkeye. Bardo said the response from bands eager to participate was overwhelming and that the line-up will run on a random time-slot lottery. 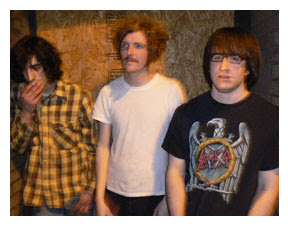 Before, we discussed, heatedly, the policies and poisonous decisions of this administration, the ignorance of society, the evil of war. Now, we recognize, disconcertedly, that it's often easy to disregard a rock band or a young upstart putting on or posting for an Anti-War concert. "Eh, it's just idealistic beats giving the finger to a President who won't listen anyway…"

Maybe so. But now, "…we're too far down the road to just sit around bitching about it at this point," said Bardo. "We've already protested what's happening, now we have to start resolving the consequences...helping each other out—because, in fact there are a lot of [veterans] out there who feel lost, they feel abandoned, used, they feel abused, and frankly they feel raped by the United States government, and I'm gonna tell you right now...we can't allow that...we just can't." 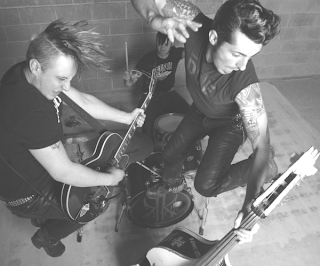 This is also an opportune time to clarify perceptions of The Questions as a political band or left-wing, or Democrat, or radical. "We're really just independent humanitarian activists, we believe in humanitarian causes. We want the soldiers to come back and to feel that people care. Because they're brainwashed over there to think that people who are anti-war are anti-soldiers. That's the biggest crock of shit I've ever heard; people who are anti-war are notoriously pro-soldier - that's why their anti war, because you don't want people to die in this war that doesn't need to happen. There's a human cost and that is the reason we're doing this show…"

- The Frustrations should be included in the Iraq Vets article paragraph listing the line up.
(For full line up of Iraq Vets Benefit Show (9/11 at Magic Stick) see above^)