On the precipice...what lies ahead...hope or fear... "we'll see what happens"...taking solace in the First Globals generation 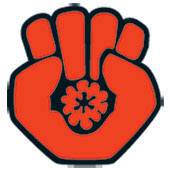 "...the generation widely projected to be the game-changers Tuesday, the 18- to 29-year-olds who do not historically vote as much as their elders, but this year could comprise almost 20% of the electorate. Zogby calls them First Globals, reflective of their round-the-world reach through the Internet, travel, worldwide education and business opportunities.
He describes them as "the most outward looking and accepting generation in American history ... far more likely than their elders to accept gays and lesbians. For all practical purposes, they're the first color-blind Americans and the first to bring a consistently global perspective ... a quarter of them think they'll end up living for some significant period in a country other than America." (We already know they're bailing out of Michigan.)

...Today's young adults -- growing up amid the Panic of '08 or however it will be known -- will get used to living with less after decades marked by America's conspicuous consumption. The country, Zogby says, will by 2020 have "embraced the Zen of more minimal lifestyles" and will "expect our leaders to talk straight: Hype, hokum and hooey, in politics, in advertising, wherever it appears, will be punished. So will those who tell us to sacrifice then refuse to make sacrifices of their own. Of that, Congress and presidents must be aware.

"A new American consensus is being born," Zogby says, and its core values will include authenticity and, dare we even imagine -- competence.

"When anybody enters into this mode of expression...you want to see that you do have an effect in ‘changing the world’ but,...I just try to express my thoughts about things; I try to make sense of what's going on for myself and by extension...other people, and hopefully help somebody else make sense of something or just make it through a day - thanks to music…"
-Ted Leo

whatever happens, we're all in this together...
Posted by jeff milo at 7:09 PM