Among the handful of artists (Raincoats, Meat Puppets, Daniel Johnston,) that the grunge messiah (Kurt Cobain) championed, The Vaselines won the title of being his "favorite songwriters in the world." Nirvana went on to cover three of the Glasgow duo's songs. Praise from that era's contemporary Caesar, more or less...but songwriting duo Francis McKee and Eugene Kelly, having started The Vaselines almost 30 years ago, have earned the acclaim with their most recent V For Vaselines (Sub Pop). 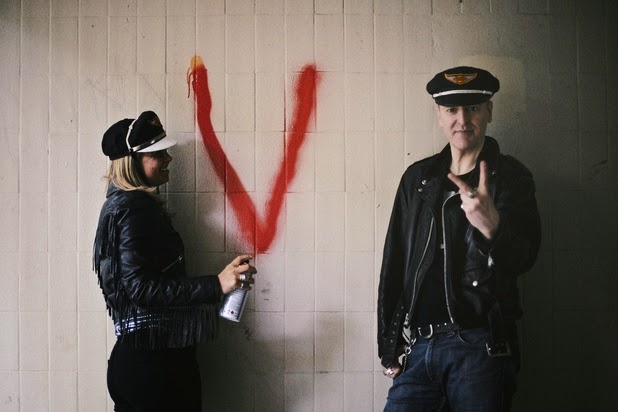 Expanding (and lightening) the filled-out pop/rock sound of 2011's Sex With An X, Kelly and McKee bring crunchy, driving guitar chords, upbeat tempos and breezy melodies into an overcast cloud of coolness with hazes of distortion and raw riffs. With V, they continue to utilize the pleasing counter melody of their complimentary voices sewing throwbackish pop melodies to strutting beats, in and out in just three minutes, most of the time. Certainly evolved beyond their original lo-fi aesthetic, sweet, swaying lullabies like "Single Spies," with it's willowy guitars and delicate chimes, are like downplayed bursts of sunlight.