Chris Bathgate and I are collaborating on an album review....
We're trying out something different, for this...
And I'm excited, because I, just like you, probably only (or mostly) know Chris for his songwriting... He's taking on my role here:

The album we're reviewing is Mended Vessel, by Detroit's renaissance woman in the modern art of folk music and performance: Audra Kubat.

Chris and I wanted to share all of the thoughts, emotions, and evocations that this album triggered in each of us, while we spent the last late autumn of 2016 listening to it... So we wrote letters to each other about each song. 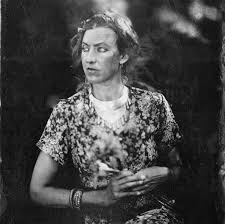 Dear Chris,
The sun is setting on an unusually warm winter day, and I'm starting in to Audra Kubat's Mended Vessel. The lead track, "The Bells," is a quiet, crackling opener, the arrangement seems to have a lot of space between the strums of acoustic guitar, the minimalist percussive clacks, the more atmospherically bent electric guitar, and what sounds like a moog of some kind, purring its oscillations below. (Perhaps your ears will decipher this intonation's source better than I...). But the energy is a simmer, something that's hushed but affects the sense and anticipation that it could elegantly erupt at any moment.

When Audra sings about hearing the bells, she's at a moment where she's "trying to keep above water," but fatigue is setting in... She hears the bells just as salvation seems to be drifting away from possibility, and yet, these bells are "just what (she) needed to hear..." It's an excellent way to start out an album: a call! A calling to her! It's compelling when she talks about breaking from her past behavior of building up a wall around her, and instead has an epiphany for herself, that it's "time for a revival." The Bells are "just what we needed to hear..."

Curious for your take on this track
sincerely--
-jeff

I’ve heard about the joyful yet concerning weather in Michigan. Northern California is under heavy rains, and the gusts of wind don’t detract as I sit down to listen to Mended Vessel myself. I feel this same sense of hushed anticipation you describe on the “The Bells”.  I can’t help but thank her dramatic delivery early in the verses, in concert with the early image of one drifting, struggling. I agree with you, I feel it, a call! After the declaration it's "time for a revival", the chorus moves to include us, “what we needed to hear”, then to the hopeful: the dawn chorus of birds encourage, a single word seems to liberate. This call seems to allow different meanings to inhabit it throughout the song, or at least, veil it.

There is a mirroring grace in this song's melody. This hushed feeling is enhanced by the melodic fall at the end of each line of the verse. The musical lift at the head of the chorus leads to a hyper awareness of this moment “I head the bells they were ringing out”. Right as the bells take focus, the image becomes the center of both her most emphatic delivery and the actual highest notes sung. While I think the story telling and metaphor are the show in “The Bells", I think the melodic architecture and supporting composition are of note to this feeling of a call. The subtle climbing drones, 1/3 back beat, the synth, all feel unobtrusive to Audra’s voice. As I continue onward through her album I am seeing that voice reflect something inherent in this albums title, as I learned from your interview with her, and the second track. An honoring of her experience, her grandmothers, and even ours. 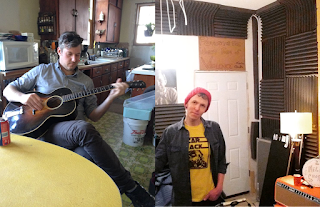