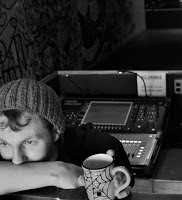 Every weekend, I run through six songs I've been listening to from new releases by Detroit-area bands or Michigan musicians. These could be bands I've already written about this month, they could be bands that YOU already went to see live when they officially dropped these albums, or, potentially, it could be a song from a band that you've never heard before... These songs could be any  of those things, and they could even be a band that dropped something months ago that just slipped past my radar... It happens.

But it's really just me keeping a catalog of what I'm listening to... And, probably most importantly, linking you towards their album streams so that you can check it out for yourself, download it, buy it, and maybe even see this band (or that band, or any band, here) at their next show.