DUDE - Single Premier: "Own The Day" 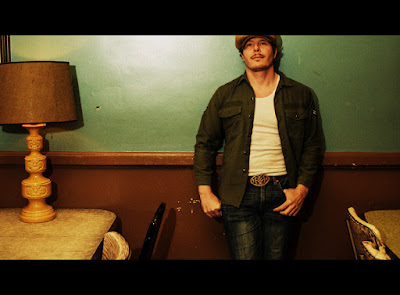 DUDE's lead single from their forthcoming second album, Autobiograffiti, is the kind of song you'd like to glide on for twice as long as it lasts, if not longer. This waltzy, fluttery lullaby of a heart-on-the-sleeve psyche-pop ballad only lingers for 154 seconds, but with its warbling guitar, tender celesta twinkles, a purring B3 organ and singer/songwriter Tony DeNardo intonating at his most celestial, you're left levitating there long after it fades - as though this could have flowed on to "Hey Jude"-level expansions.

DeNardo has always been a thoughtful musician, passionate about how music can express deeper feelings and philosophies. And I think this song, more than ever before, is demonstrating that sensitive side. Having survived a stroke 15 years ago, DeNardo persevered, unwilling to ever let go of a life full of music; he is about to leave on tour with his bandmates in The Muggs, soon. But these lyrics are evident of a zen-like appreciation for every day that comes, valuing the simplicity and the purity of life.

This is also an interesting quasi-departure from some of the more driving, jangly, riffy rock that DUDE's ensemble have created on previous records, but it's a welcomed bit of musical mediation. "Own the day..." What a powerful little song, able to say so much in its arrangement and in its sparse lyrics. Take it to heart.

DUDE is on Facebook and you can get the single here.
Posted by jeff milo at 4:30 AM