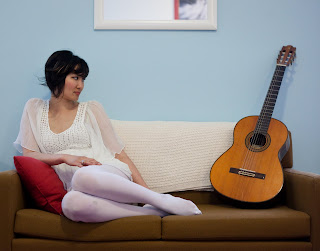 Charlene Kaye was born in Hawaii, grew up in Arizona, flourished as a musician/songwriter here, in Ann Arbor - and now, has moved onto Brooklyn. Hers was a jazzy lil shuffling piano-and-acoustic spurred folk, rife with moody and meandering atmospherics brought from the timorous violins to the more cathartic cut of an electric guitar. Her pretty, melodious voice wrapped up her refined bouyant baroque-pop style nicely - culling all these elements together on her debut LP Things I Will Need in the Past.

Well, things are gonna git a bit grittier - as Kaye leans more towards a rhythmic rock thing. Plus, though she loves NY, she couldn't stay away long - she'll be returning to Ann Arbor, not only to record with Things' engineer Jim Roll, once again, for her forthcoming follow-up, but also to lay a intimate acoustic set at the Canterbury House.

"The (new) songs are very different," Kaye said, "...much more rock than the first album - more electric guitars, more driving bass and drums, more intensity. No more pretty orchestral folky stuff. I didn't intend for this (forthcoming) EP to be more rock, but I have been playing a lot more electric guitar since Things came out, listening to the Yeah Yeah Yeah's, White Stripes, Sondre Lerche, Dirty Projectors. - Speaking of YYY's, since she's been bopping around said-band's hometown: "...the city amazes and inspires me every day. The scene is pretty much infinite, there are just too many different circles of musicians, bands and songwriters to name, but we've found it very fun and welcoming nevertheless."

Kaye said the characteristic pace of NY-living likely effected a more energetic/entertaining live presentation on their part. "...and the new EP reflects (the live show). I've got an amazing backing band and we've grown really close over the past year performing together..."She's joined by:

I was going to post a link to this video - but another blog already beat me to it - so you can watch it here. 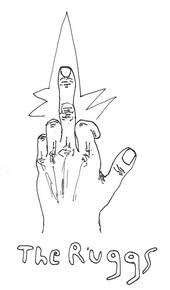 I've been listening a lot to the myspace-posted-mp3s of this band, The Ruggs... it's a weird and winding twang-punk thing; jangly guitars, hazy vocals ("Daffodil")- a fried and tasty, ear stabbing funk fire ("Right Foot Forward") - or maybe fun freewheeling psyche-pop ("Johnny's A Killer").

The real question isn't...am I completely archaic by still relying upon myspace...
The real question is - will you also click the link.......and then maybe go see them, Saturday (4/24) at the Belmont (w/The Ashleys, Sound and Fury, The Earwhigs)
Posted by jeff milo at 9:37 AM