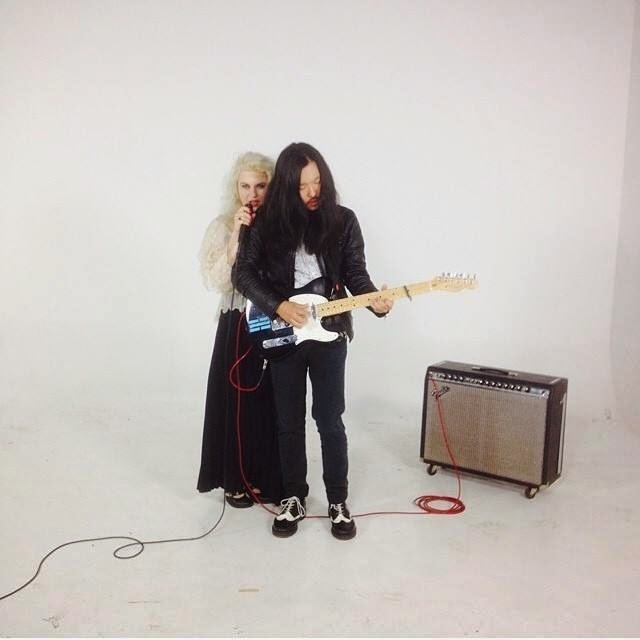 The beats are substantial. The minimalism gives it grit. The vocals sizzle and know when to soar.... The guitars can be funky if they need....and they know when to flourish....

And, oh, why not throw in a Daft Punk send-up riff and twist it into a Zeppeliny embellishment...

TART, a Detroit-based duo with Adam Padden on guitar/beats and Zee Bricker on lead vocals/bass, whimsically tip-toe lines between new-wave glitz and romanticized, goth-laced techno-pop, snappy hooks, and enticing melodies with vocals varying from soft, syrupy coos to breathless, beckoning balladry, all fo it weaving through a balanced light-flash storm of club-blasted oonzt beats and samplings of arena-rock bass kicks, while the guitars zig, zag and zip from strutting glam, to cloudy shoegaze, indie-riffage and, yes, some strange new take on space-funk.

Man, it's all over the place. But that was the idea, at first.

A while back, Zee felt very inspired to finally learn a musical instrument and get involved with the music scene. A musician-friend of hers suggested starting something with Adam... But the couple had a laugh about, initially. Not necessarily brushing the idea off, though... Just...unsure yet that it was necessarily the right idea at the right time.

But, then, the next night, it did feel like the right time and the right idea. Adam, who'd joined the singer/songwriter Patrick Davy's group The Ghosts about five years ago, had only been "more or less...just a bass player," as he puts it. "I had dabbled with some songwriting and guitar playing, but never serious enough to be a catalyst for a legitimate project."

Says Zee: "...the whole idea was really that I could help create a platform for Adam to do whatever he wanted musically."

Adam says he learned a lot from Davy, particularly the potential effect a song can have on a listener's "soul, mind and body..." His time playing in the Ghosts taught him "about groove and what it really means to be a bass player..."

He started up Nam Kook & The Typhoon towards the end of 2011 as a means to further flesh out some songs he'd been writing and gain some confidence as a frontman. "But it was never serious enough to be anything more than an occasional gigging band.  It was important for me to play the role of front man though, I guess I needed to prove to myself that I was capable."

After performing and touring most of 2013 as part of The Hounds Below (with Jason Stollsteimer, currently of PONYSHOW), the idea of starting something with Zee soon came up and the rest.... 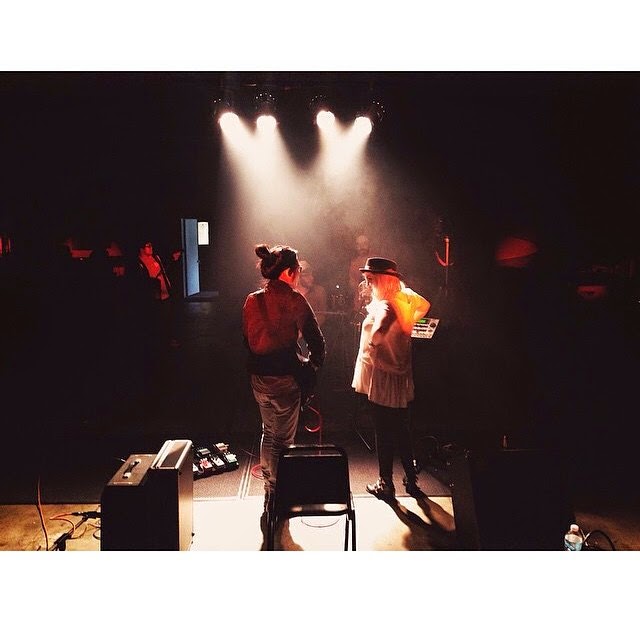 Zee: "One day, Adam came up with a guitar riff but couldn't find a vocal melody to go with it. I started singing over his guitar, and that became the first song we really wrote together, Kids I Know..." (Streaming above).

TART was actually a four-piece for a little while, at first. But the fledgling project went on hiatus when Adam left for another Hounds tour.

Last April, inspired to follow a new direction, Adam buys himself a sequencer/sampler. He makes sure that during this time, he was "listening to Daft Punk's first album, Homework, almost exclusively..."

Adam: "I realized that I could potentially program full backing tracks with it, so long as we kept it simple. Meat and potatoes kind of thing. Strong melodies and a heavy beat.

He turned into a bit of a mad scientist, really, astutely setting himself to learn, experiment, experiment further, and learn more, still... little by little... "It was a slow process and I was constantly second guessing myself. Honestly, I was just worried about not being taken seriously... I feel like the stakes are even higher in a city like Detroit, with its rich electronic music history."

Their first EP is streaming right now, on their bandcamp. Dig the new video.

Their MO, for now, as any new band's MO should be, goes something like:
"...Playing as often as we can and perfecting and tweaking our sound...."
Posted by jeff milo at 5:37 AM