Indie-rock specialists Touch The Clouds have a built-in chemistry after years spent banding around the scene. Over the last three years, the quartet have turned their talents toward honing an impassioned indie-sound that's as layered as space-rock but also as amped and angular as post-hardcore, forging an uncanny bridge between a melodious pop and an urgent, edgy punk sound. That development, a blend of toughness and tightness, heavy yet uplifting, is on display with their new EP Baetyl. 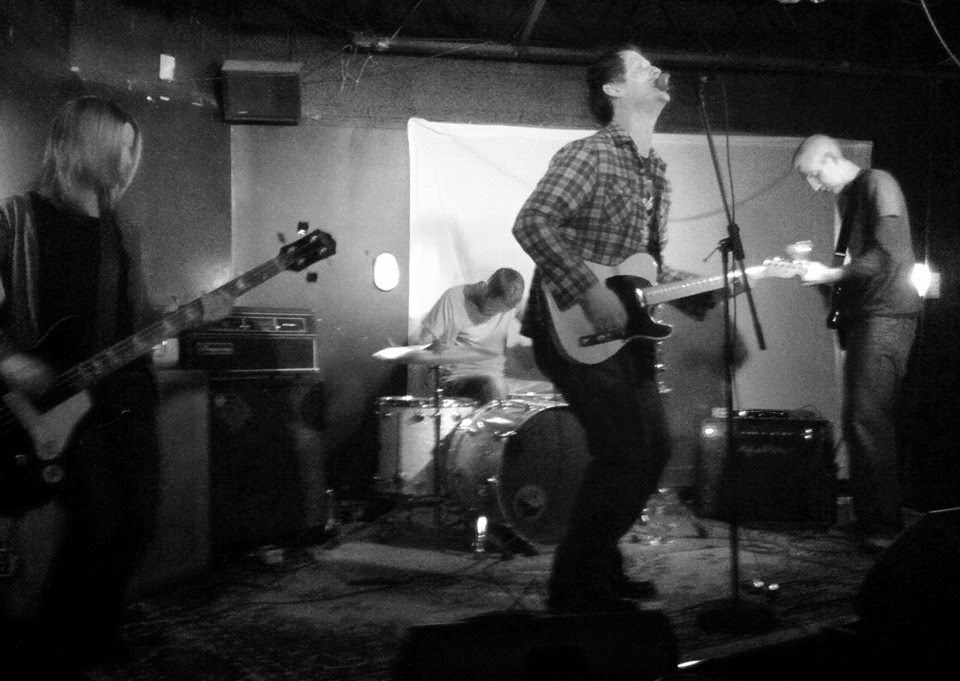 Darrin Hunt and Joe Phillips have continually collaborated on music, having served with Brian Galindo in the Detroit outfit Few & Far Between for several years. Brian and his wife Nikkie were looking to start something new just as Phillips was moving back to Michigan  in 2012 and BAM. Here we are.  Initial hangouts fused into jamming which fused into writing and then back to hangouts again. Eventually they found a complete electrifying spirit, together, finding their footing, sonically, and following their instincts, unified.
Their forthcoming EP (released on locally renowned Gangplank Records) takes its name from a meteorite or a roughly shaped stone, a celestial artifact of mystery fallen from the sky and held sacred by those who discover it.
"It's angry, it's paranoid, it didn't get enough sleep," said singer/guitarist Joe Phillips, of Baetyl. "...it drank too much coffee. It got up and did it again. It's a reflection."
Recorded with Adam Cox in the library of a decommissioned public school in Southwest Detroit, Baetyl, their third release, was recorded inside a 10-hour blur on a weird, wild, inspirational Saturday afternoon in mid-2014. Mixed by Derik Lee, Baetyl was recorded live with limited overdubs and several lyrics written on the spot. Phillips also credited Dan Coutant's "fastidious and accurate mastering...He provided a marvelous sanding and lacquer coat to (Lee)'s sculpture."