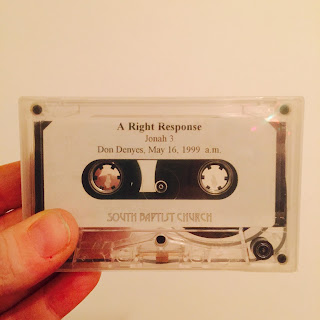 Caitlin's songs compel you to halt, your nerves settle and you muscles ease because you are no longer conscious of whatever your next task or busied action would have been... In fact, the beauty of her voice and the pleasant pureness of those bare acoustic guitar strums seem to permit you this all too scarce mental sanctuary, serenading to you that it is okay to stop, to daydream, to breathe slower, to listen harder, to take a second... I think spellbinding is a perfect word for this...

Caitlin Drinkard has been contributing her breathtaking voice to several Detroit-based music projects over the last six years or so, most prominently with her sister, Bonnie, (as The Drinkard Sisters).

Recorded during Summer 2015 at a family cabin off the shores of Huron, Caitlin Drinkard's proper debut, "A Right Response," is a lo-fi serenade bursting w/ color and imagination.... --Tool & Die 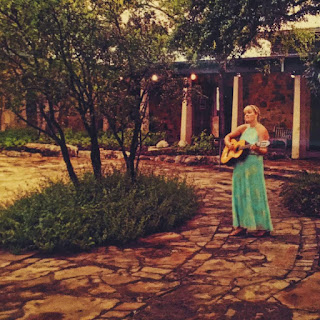 I wish there was a word for that dizzy kind of mellow-stimulation or mesmerized swoon when the intonation of the vocals sutures so sweetly with the somewhat rough and rustic rustle of an acoustic guitar... If there is one word for it, then apply it to each of the tracks, here...

About a year ago, Drinkard found a little travel case inside a thrift store in Lansing; it was full of Baptist sermons from the mid 1990's, recorded to cassette. She knew, within moments, that she wanted to make recordings over them...

"I hadn't played out in a couple of years, but I'd been writing songs again at that point and wanted to get them down," Drinkard recalls. "I knew I just wanted to do it myself, as simply as possible."

Drinkard took a small cassette portastudio up to Lakeport, where her family has a cottage just a stone's throw from Lake Huron. Her great grandparents built this abode for their honeymoon and Drinkard has always considered it a place of "deep relaxation and healing" for her family, stretching four generations.

This cabin "is my favorite place on Earth," Drinkard said. "(It's) a sacred place. It's a place I feel like my truest, best, most relaxed self and I wanted the songs to come from that kind of zone."

Du Nord means "...of the north." And Drinkard indicates that the Native American Medicine Wheel has North as the direction of the ancestors, the direction of clarity, of rest and renewal of the physical body.

"When I am 'up north,' I am saner, calmer, freer, wilder..." Drinkard says. But with that, we all collectively, as Michiganders, regard "going up north" with a special connotation of fun...canoes, bonfires, beaches and lakes, novelty T-shirts, fudge, breweries, lighthouses... "I wanted all that on there, too," Drinkard said.

The songs themselves were written over the last couple of years. The older songs are darker - White Quail and Believers were written in 2011 before I went through a pretty brutal personal loss and my world caved in on itself and after a few months in the pit of despair, I spent a summer doing some major healing work at the cottage and went in Lake Huron one morning and came out a different person. Ever since then I just want to make songs that feel good to sing...they are mostly about finding the sacred spaces in everything - in others, in yourself, in cars and on dance floors, in songs and in silence, in good days and bad days.

So, going back to those sounds of sacredness...and of recording over old Baptist sermons...
Drinkard said she'd grown up in a fairly religious household, with her parents catching onto the tail end of the Jesus Movement in the early 80's. Her and Bonnie went to church in an old barn and then went to summer camps on Clear Lake. Her journey went from working as a teenage missionary in Mexico, to moshing at the "Christian Woodstock" of the Mid-South and eventually being recruited by an evangelical cult in college...

....but she wound up becoming "...the New Age liberal pantheist..." that her parents were afraid of... "Recording my own versions of sacred music over these sermons on sin and temptation felt really good, with this tiny tinge of guilt. It felt like a fair trade for all the years I spent afraid of accidentally summoning Satan....which, incidentally, I was not able to do on these recordings, even with a good amount of slow backmasking and spooky sound effects." 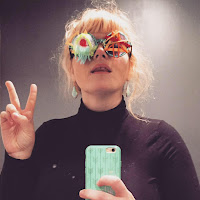 From here, Drinkard is looking at eight more cassette tapes of sermons that she could potentially record-over, with dozens more songs just as splendidly guilty and blissful as these on A Right Response.

"Music is my joy and my fun and my freedom, so I don't worry too much about what comes next," she said, indicating that she's not in any hurry as of yet. The plan is to focus on writing more songs with Bonnie and the full band behind The Drinkard Sisters, which, she's indicated, has turned into "some sort of cosmic country band" over this winter. "I want to write and record with this band, because if there's one thing more fun than playing music alone, it's playing with other people: Bonnie, Ryan Harroun, Dan Clark, Nick Landstrom and Matthew Milia."

For now, look to Tool & Die for the cassette release of A Right Response.