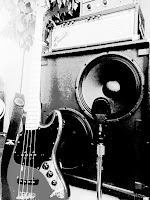 Let’s break it down. The trajectory curves, its velocity’s unpredictable, arcing… then it hits you harder than you’d anticipated… pelted.

With headphones on, hearing Liz Wittman belt out these haunting incantations with this icy reverb coating her inflection, I feel pulled between dimensions, it’s something mesmeric about the ornate menace of these swelling tones, the caustic casio, the apocalyptic bass, the stratospheric voice. Not noise. Not metal. Hypnotic but not “catchy…” I’ll say artfully abrasive, a balletic cacophony. 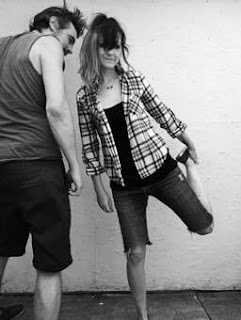 And, in fact, something of a left-field curve… “I hope it is left-field!” Wittzman said. “I like that it is different, that was the idea. I’m a bass player, so I’m obviously partial to that instrument…and have always wanted it louder, gnarly-er, or even just audible! (With Arc Pelt), I feel like I get to step into that a lot more. Pairing it with vocals has been challenging…. finding the right vibe and stuff. It’s been an awakening for me, sort of a primal scream.”

The bass conquers. It’s bellicose and eruptive. It agitates, while Wittman’s voice gales and growls like a storm. Zach Shipps (who many know from engineering myriad music recordings for a variety of local bands), is on drums and casio, while Wittman (from past groups like Lettercamp, Friendly Foes, and Kiddo), leads on vocals and bass. George Morris (of the Gypsy Chorus) is on second bass, and the project is currently left open to welcome in any other collaborators when circumstances necessitate.

“Arc Pelt has been sort of a ghost floating around for a while between Zach and I,” Wittman said. “Then it came together pretty quickly and spontaneously, throwing ideas around.” The group made their live debut in early June, releasing the three songs EP soon after. “We just wanted to do something different, and heavy and trippy…”

Arc Pelt, to some degree, is a reaction against the pop-inclined projects that both Wittman and Shipps had been involved in or lead in the past. Lettercamp, from the late 00’s, showed some initial signs of embracing a bit more of an ambient-experimentalism, that used rhythm and vocal intonation in interesting ways. It was still electro-pop, for the most part.

Arc Pelt, meanwhile, follows into the melee-and-murk aesthetic, heavy on drone and finespun feedback, that artists such as Jenny Hval, Chelsea Wolfe and Cross Record have dug into… But STILL… Arc Pelt is STILL heavier. That bass is straight up tremulous.

“It’s nice having a blank slate,” Wittman said. “But, also intimidating. Cuz this was a big blank slate!”

Wittman stepped away from the music scene for nearly five years, following Lettercamp. She was dedicating her time to raising her two children, with Shipps continuing to work out of their home studio in Ferndale. “I had reached a full-stop and reluctantly came to terms with it. Which…was liberating! And it allowed me to start fresh without expectations and just do it for purely selfish reasons. I loved it and I let it go…and it came back. That’s basically what happened.”

The band’s energy, it’s character, it’s vibe—if you will, came into vitalizing and sharpened relief when Morris joined to fill out the sound.

“The biggest change, as far as my influences,” Wittman said, “has been that I appreciate silence a lot more, now. I used to fill my ears constantly with music…but, for whatever reason, I’m cool, now, with silence. I think that stillness allowed me to appreciate slowing down the tempo (for Arc Pelt) and digging into this deeper sound. Arc Pelt is actually soothing music, to me…”

Listen close. Let it hit you. 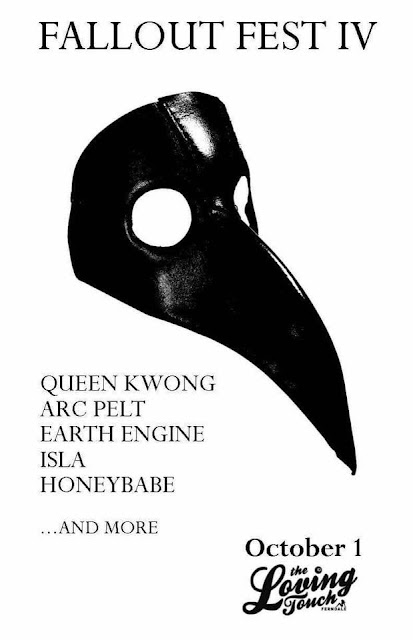