I spoke with Fred Thomas late last week, a wistfully regarded time before the curtains of the apocalypse draped down upon us...

We were discussing his newest album, Changer, (out Jan. 27th via Polyvinyl Records). 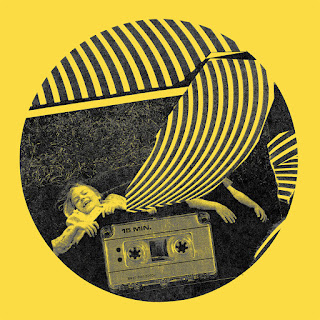 While it won't be out for more than two months, I didn't see the purpose of jottnig down an early-review. Instead, Thomas kindly let me pick his brain, once again, over his process of creation, his bluntly poetic lyricism, his unconventional sound-collages and, just, the otherwise impossible emotions he's able to conjure when its just you and his songs.

Without any further ramblings, let's get in to the first single off Changer.


More than a year ago, now, the Michigan singer/songwriter most famous for his captaining of chamber-pop phenoms Saturday Looks Good To Me, up and moved across the border, in to Canada. He and his wife, singer/songwriter Emily Roll, are set up in Montreal, and that's just one of the many changes in Thomas' life that he's resplendently recounting over gracefully-furious guitars, cathartic drone/groans of synth and the horizon-glowed-sunrise-warmth of vocal harmonization with Roll, as well as singer/songwriter Anna Burch (of Frontier Ruckus).

Thomas has been writing and recording for every week of every calendar year going back to the mid 90's. Saturday Looks Good To Me launched into the indie-pop mythology soon after 2000, and ever since then he's kept busy with various projects, from the surf-rock shambolic sweetness of Swimsuit, to the soul's-midnight-musings of noise projects like City Center. Recently, he's been collaborating with Ann Arbor based Hydropark.

I've said it before, in not as many words, but he's casually cultivated this sagacity about him, like he's got an unconscious mind palace where he secludes himself to excavate profound, if peculiarly-phrased ruminations.

But we should talk about the changes of Changer...
Before we do, it should be noted that Thomas pretty much blew the bloody doors of the joint with last year's All Are Saved. Let's listen to one song from that album, and then dive in to a discussion of its inevitable 2017-follow-up.

Fred, you've put out a lot of records... And, it's customary of the journalist to be a bit grandiose when he/she sets the stakes and maybe indulge in some hyperbole... But All Are Saved was just kinda tremendous...!  So, have you ever been one to put out a record, ever, and say, huh, wonder how i'll top that? Or, what was your state, your mood, your psyche, going into Changer?
Well first off, thanks!

I loved All Are Saved and it took a long time to become what it eventually was. By the time it was released I'd been working on it since four or five years earlier, in a strange way where it was really focused for a few months, then abandoned for a while... So there was a lot of steam and emotional history to it. Going into Changer was kind of the same. 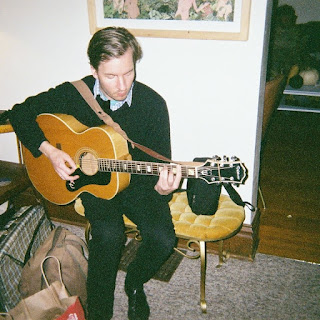 When or how did Changer really start?
I'd written and started playing "Brickwall", the first song from the new record, maybe a year before All Are Saved even saw the light of day. Some of the other songs have been forming for a while before the recording stage even came close, too.


So, they're not exactly separate chapters with a clean break between them?
All Are Saved and Changer are definitely similar volumes, but the order isn't really linear. With Changer it was more about the arc of how the stories got told, where the previous album was kind of one big story. I wasn't thinking about topping the last record, but maybe just expanding on the vibe and pushing it to a place representative of what was going on in my life...

It seemed to me that All Are Saved was interpersonal... outward, and how one reacts and interacts with others, and what happens if and when that goes horribly wrong or at least half-right.... While Changer seems just personal, more inward, some more mirror gazing and self-analysis... Still relatable, though... "Open Letter To Forever" is a current favorite, over here in in the Milo Dojo
haha thank you!
Where All Are Saved was a pretty immediate look at one set of feelings, Changer is somewhat more personal in that the songs are drawn from specific different phases in my life. "Open Letter" is a retelling of an actual rough moment from a City Center tour, and the song "2008" is a snapshot of me starving and broke and working at American Apparel in that year,...etc.

I think this record tops All Are Saved for me in the catharsis department. I feel frustration, regret, renewal, doubt... I hear frustration.
Yeah, there's a weird duality where there are these high pressure rock songs like the ones you mentioned... That represent different times of stress, frustration and pain. And there's a ton of ambient/electronic stuff which was more taken from the headspace I kind of lived in during my first very calm, incredibly cold winter in Montreal...


Talk about how the move to Montreal effected/affected this album....
Well, interestingly, the entire record was made after I moved, with tracking beginning in the fall at my hyper tiny apartment and then expanded on in Athens, Georgia in January of this year.
Moving did play a huge role in creating these songs, as it opened up a big well of remembering for me. I went through a lifetime of photos, books, journals, etc when we were moving in an attempt to get rid of stuff before we left; sold my record collection, etc


That....that could lead to some cognitive dissonance. Some storms of a lot of emotions.
I got to look at a lot of feelings I'd forgotten and also got to feel parts of them again when faced with brand new considerations. I always daydream about a big cleaned life slate

I also realized you hold onto all of those memories somewhere in your physical body. Trying to read street signs in a language you don't know to figure out where your car got towed to in the town you don't understand at all will remind you how it felt to be young and lost really quick


I'm fascinated with balancing the creative process amid a nuanced haze of stress... Not stress, but ya know? Striking a balletic pose whilst on an escalator
The artist having to ....respond to a Life-Tornado
Hahaha it certainly is trying to push in-congruent elements together. I'm curious if a lot of professional truckers work creatively while on long stretches of travel the same way bands write their next record while touring.


Do you ever stress that your constant changing will effect your attempt at making the perfect record?
I was really on the "gotta make a perfect record" train really hard when I was starting out. And I worked myself into a self-obsessed frenzy about it that's really embarrassing to remember
maybe a natural state for someone in their early 20's who's just realizing their own agency as a creative person, but Jesus was I annoying and incapable of talking or thinking about anything but myself and my music career


Huh! Take this as a compliment, but I anticipated you being immune to that, somehow
Like an Xmen power
Well, thank you... I've definitely grown out of it. I also kind of adopted this take on releasing music that i observed from jazz and noise circles; just getting everything out there

You mentioned yourself changing your own definitions of what you feel "best album ever" is or what it can be.... Every time I open up a new Fred Thomas album it's as different as a new season... But not Summer to Winter, it's always a gradual diverging, but a diverging nonetheless... So it makes ME think about what I'm expecting and what I...ultimately... need a record to give me, what am I asking of it, what am I asking of YOU?
Haha... do you ever get this from other albums? Every time Joe from K9 sniffies sees me play solo he says "getting some serious pollard vibes..." Which is high praise, to be compared to Bob Pollard/GBV, but I wonder if it just sounds like old dude power pop to him (in a friendly way) so that's where his mind categorizes it...?

Pollard's an enigma, I don't think he's properly appreciated as being thus
I felt something like that when Joanna Newsom's Ys came out. I actually felt so many different ways about it I started a zine called "Dear Joanna Newsom", with fake letters to her from all the different perspectives that I could have imagined...

Every interview I do gets to that "why do you make music" point... I feel like a constable with a club poking at a busker on the street... You there, what's all this noise about then, eh!?
I really only make music to better understand myself and the world that surrounds the people I love.
In my time doing this, though, I've realized how smart people are, friends, strangers, enemies, people I'll never meet.. everyone is really smart and complex and they're all always paying attention
So I take that into consideration because I know that musicians aren't actually responsible for how their songs are taken... But it can still help

Being on the constant-touring rollercoaster, where it's one stage to the next... staring out from boomlights to a dark crowd that blurs together....that's disorienting, hard to congeal that perspective of what sounds like a humanist's perspective
My tours are pretty identical to the way you and I are talking now


Until next time... Stay tuned.
https://fredthomasmusic.bandcamp.com/