“Even A Girl” glides out with punk-burst haste and breakneck riffs, surfing into a smoother verse where soulful vocals emit a palpable urgency and empowering lyrics. This is one of a pair of singles DD White is releasing this week, with shows set in New York on Thursday and then in Detroit next Friday (Dec. 23rd).  At even just the halfway point of this song, you’ve already slalomed through a flurry of genres and sensibilities, from indie-pop to post-ska, from 70’s blues-rock to CBGB’s art/punk fury.

The next single, “Blame You,” ushers you into an entirely different arena, paring back those guitars for this gospel-tinged choir opening, as the rhythms temper to a pleasing toe-tapping beat and the guitars wend and wail with just the right amount of hummy reverb. While “Even A Girl” is a fitful and cathartic, swift-surge to the dancefloor, “Blame You” is more of a sway, more of a valiant climber that builds up the listener toward the poetic sense of compassion and cool exuded by the lyrics.

DD White
Performing Thursday  at Rockwood Music Hall in NYC
Digital 45” Release Party for “Even A Girl” / “Blame You”
-
Then on Friday, Dec., 23 at Majestic Café, Detroit, featuring an opening performance by singer/songwriter Elise McCoy (formerly of MPV). 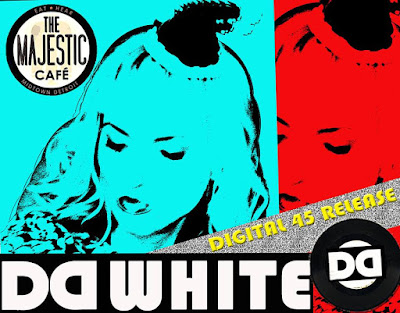 
Singer/ukuleleist Tiffany Wiesend hails from Taylor, MI and studied at the Boston Conservatory of Music. Bassist/backing-vocalist Chris Agar grew up in Oxford, MI and went to the University of Michigan. Guitarist Collin (Stanley ) Dwarzki’s hometown is Wyandotte and he went to Eastern Michigan University. Guitarist Tim Basom, meanwhile, came from Akron, OH, studying at the Manhattan School of Music. Then there’s drummer Zach Simao, who went to Yale and came from Kailua, Hawaii.

The common factor between each band member is that music has played an integral role throughout all of their lives. Their shared touchstones, influence-wise, include 60’s soul, Motown, classic rock, jazz, R&B, pop and hip-hop. That eclecticism, and a collaborative weaving together of the various flavors, is a point of pride for the band, and in 2017 they’re looking to expand their reach even further.

So who met who first…? How’d everyone get together? When was the band’s first show and how did it go?

Collin Dwarzski: Tiffany and I first met in 2011 through one of my family members. Growing up in the same area, it was as if we were friends for years and years.  We started working together almost immediately. I use to have a studio space at NextWave in Troy and a home studio in Hamtramck. She would come home from New York and we would cut demos. That was the beginning of our musical relationship.

Tiffany Wiesend: Yes… and then Collin called me one day saying he was going to move to LA, but I convinced him instead to move to NYC and be in my band.

Chris Agar: Tiffany and I met at a performance in Greenwich Village at famous New York City club, the Bitter End. I had a Michigan shirt on and it immediately drew Tiffany to me, (laughs).

Wiesend: And it just so happened that I was looking for a bass player… and Chris had the chops!

Dwarzski: Our first official show as DDWhite was at Arlene’s Grocery in East Village in April 2016. We received incredible feedback and helped drive momentum for the rest of the year.


“Blame You” has this lithe, soaring pop vibe… “Even A Girl,” meanwhile, is aggressive, riffy, and fast-driving… There’s a considerable variation of style and genre that you guys venture through – it seems that if there’s one thing tying it all together, it’s just: energy! Could you talk about what you guys are all drawn to, stylistically, what kind of music has always turned you on –and how do you hone that into a single composition when you guys are working on new stuff….

Wiesend (vocals): My earliest influences were Motown, rockabilly…  Elvis Presley, Little Richard, The Everly Brothers.   I remember my dad had this Little Willie John album that we would listen to over and over again.  I have always performed and enjoyed many different styles of music perhaps because of my theatre background.

Dwarzski (guitar): I loved high energy music as a kid. AC/DC and Led Zeppelin were some of my earliest influences.  The over-the-top performances and show antics really drew me in. My mother was also a huge fan of David Bowie. I remember putting on some of her crazy clothes and dancing in front of the mirror with my guitar. My dad loved blues. George Thorogood’s “Bad to the Bone” played every Sunday.

Agar (bass): Thanks to my dad, my early musical tastes varied from Yes to Tchaikovsky to the Beatles to Stephane Grapelli. I was obsessed with the Red Hot Chili Peppers and Flea, and later fell in love with jazz, which is what I spent years studying intensely.  Motown and other soul music are also huge influences on me.

Wiesend: We enjoy a great performance; an emotional journey. Chord progressions that pull at your heartstrings, minor chords that give us goosebumps, rawness, solid rhythm sections, and of course a good, old-fashioned hook.

Agar: In terms of how we hone a composition, our current format is simple: Tiff brings the goods, and then the goods get filtered through the rest of us!

You guys were/are a Michigan band. But talk about transferring to New York. What have you discovered or learned about band-life out there and what lessons from a Michigander-upbringing helped you get into a groove out there?

Wiesend: I moved to NYC in my early twenties and learned A LOT in those first few years.  I learned that you’ve got to be your own greatest creative advocate.  You have the power to do what you love to do but nobody is going to make it happen for you except you. You’ve gotta keep your priorities straight because in a place like New York City there are endless distractions.  I feel that my Midwest upbringing has helped keep me grounded and healthy.  The midwest taught me how to cook.  Haha.. You’ve got to feed your people.  Hungry musicians are not happy musicians. I love living in New York City… there is so much inspiration everywhere… consistent artistic fodder.  But I also love getting to go home to Detroit… nothing better than spending a quiet evening in with family and old friends, eating some Better Made potato chips and drinking a Vernors.

Dwarzski: I came up in the Detroit scene and had the opportunity to play with many of Detroit’s finest musicians. It had a huge impact on my early artistic development. New York City, on the other hand, transcends industry. It’s a business town, a world town, a Broadway town.  It’s the most exciting and exhausting place at the same time. It forces you to become better. The standard for musicianship is extremely high. Any day of the week you have access to some of the greatest artists in the world.

Agar: I moved to NYC after four years on cruise ships, so I was mentally prepared for a big change of pace.  We’ll all agree that the biggest adjustment is the high cost of living. We all come from hard-working families; parents who had to build their own lives.  The you-must-work-for-it attitude is very helpful in NYC….Musically speaking, the Detroit scene is a rich well from which to draw where groove is king.


And what do you consider to be the band’s most formative moment? What built the bond?

Agar: The recording session at Mission Sound in Brooklyn with Oliver Straus really brought the sound of the group into a sharp focus.  Something elusive became a concrete idea.  For me personally, I knew Tiffany was a talented singer, but to witness her in the studio was a defining moment.

Wiesend: Hearing our tracks played through the speakers at the studio at the end of that session made us all stop and realize that we were possibly sitting on something special.  It can be a scary thing, recording music.  Putting your creative passion in someone else’s hands.  We were lucky to have found our music in Ollie’s hands.

Agar: Yeah. And I think our chemistry, both musical and personal, came instantly.  Our common backgrounds, being raised in metro-Detroit in working-class families, and our similar musical tastes made for a quick rapport. 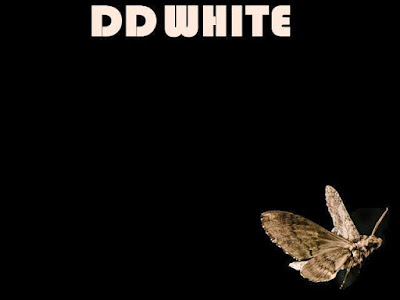 Tell us more about recording the singles at Mission Sound…

Wiesend: We had an outstanding experience at Mission with (Strauss.)  John Horne (Electric Lady Studios) was also with us as a consultant in-studio and their combined extensive experience and wisdom brought great integrity to the project.  It’s a magical experience to get a bunch of passionate and skilled creatives in a room full of incredible tools all working toward the same goal.

Dwarzski:  We are all animated onstage and off and the recording of “Even a Girl,” which is a fun rock and roll tune, really captures that side of the band, while “Blame You” is emotional and uplifting.  The songs vary in mood and style just like our shows..

So you’ll do your two home crowds for the release parties…How are you feeling going in to this Rockwood Music Hall Show? And how do you feel about the upcoming Detroit show?

Dwarzski: Rockwood is a favorite venue in NYC. It’s a well-respected club and a great scene in general. They have a wide pallet of musical acts daily, and that fact fits our musical sensibilities like a glove.  That venue draws a crowd of music-appreciators more than any other at its price-point!

Wiesend: And It’s a dream to return home to Detroit for the holidays and showcase this project to friends and family, in addition to reaching a new audience.  We’ve been consistently working hard for a long time now and simply can’t wait to share the project.

Wiesend: We have a ton of great tunes that deserve a chance to be recorded. But it takes a lot more money than we realized; producing music.  It’s a hard financial climate for music artists right now.  But we’ve made it this far and can’t stop until we give our everything.

Dwarzski:  We are working toward a crowdsourcing campaign.  The main goal with that is to record an EP and organize a tour.  We’re also going to shoot a music video in 2017…. and eat as many pierogies as humanly possible.