Andrew Ficker is still The Dropout. Crowds around here got to know him as one-half of Nigel & The Dropout. But there's something so fragmentary about that ampersand ("&"), almost looming too large in its suggestion of not being individually actualized without another separate half. Last July, Ficker officially set out to start finding and forging who he is as a solo songwriter and producer. 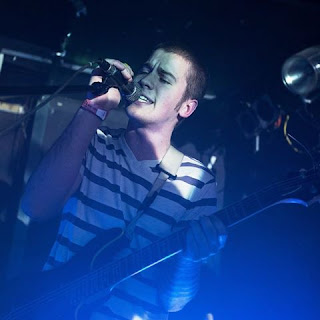 And this month he's going to be dropping a few new singles, starting with "Let It Go," right here...

For further referential framing, you can listen to his first formal single, produced at Assemble Sound, here.

With "Let It Go," he's blend in the surfy with the surreal; tighter percussion and finespun hooks harken to indie-rock, while the mobius-strip-winding synthesizers and ear-splashing reverb invite the escapism of an EDM's endless night into the blissed/blurred early morning hours. Just as he'd started with "Undone," earlier in the summer, the curtains and corners of the song's landscape have some softer, meditative intonations, but spurring down the center of it all is this revved-up and radiant percussive arrangement; the mind is mellowed but the body's unlocked to dance. It's a pretty smooth ride, but it's also nearly a rave!

And Ficker's vocals, right around the 1:00-minute mark, soar to the top, with this mid-range half-spoken/half-melodic spill of poetry that's threaded with a dazzling amount of reverb that makes it sound like there's four of him talking, each succeeding voice just a millisecond-behind the other. And THEN... it all swells back, brightening, warming, accelerating...

Ficker will be releasing a new song every two weeks this month. His proper debut, live, will be January 27th at El Club. 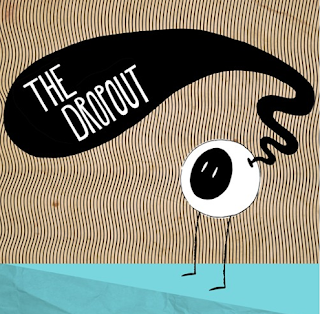 Talk about going "solo," as it were... This town had gotten to know you as one-half of another entity, but what are you doing with this project that you feel sets it apart from N&TD?

Nigel & The Dropout had a pretty calculated and dark aesthetic at times and I'm looking to really just let loose and have some fun with this project.  There will obviously be some inevitable similarities, and some unpredictable differences, but I definitely want to establish a more positive vibe, both melodically and lyrically, and then bring that energy to the live show

Have your specific tastes or influences changed notably over the last two years? Are there certain things that you can talk about that you think you've always been drawn to, like when it comes to production, or when it comes to a certain sound or feel…?
My musical taste has always been all over the place. I love and respect something from every genre, this year more than ever. I spent a month this last summer hopping music festivals in Europe and I was exposed to a remarkable amount of culture in a pretty short period of time.

On top of rediscovering my love of saxophone, and working with other talented Artists at Assemble Sound, it's been an inspiring year. My favorite thing about life in general has always been experiencing live music, and my favorite artists to see live are ones that put effort into being as much about the "show" aspect as they are about the music. So…, I’ll say I've got some pretty exciting stuff planned with my lights for the live show! 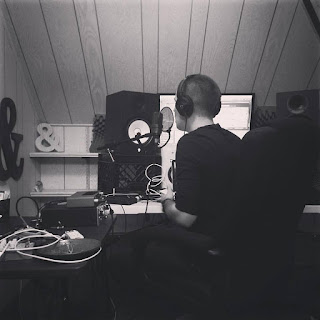 So tell me about "Let It Go..." What were you going for with this one... those brass sounds are so celebratory-feeling at the bridge. The beat is pretty danceable; the vocals are crisp and up top. How are ya feeling about it? What's the word?
I was going for a song that was uplifting and dreamy, with a little childlike nostalgia. I think its lo-fi toy-ish quality kinda adds to that. (It’s) almost like a song Mike Snow would write in middle school. And I actually had planned to revisit it before releasing it this week, but my computer crashed and I lost all my original files; I kinda had to accept where it was, and let it go, literally. The horns at the end were inspired by a great song by Cataldo called "In Now and Then.” It came out very differently but the horns in that song feel like a big warm hug to me, and I really wanted to emulate that.

What happens next? What are you working on, hoping to do, or looking forward to?


I'm making a challenge to myself to release a song every two weeks for the next six months. So, anyone  can subscribe to my email list to keep updated, or just check my website. I make a point to use a variety of instrumentation with every song and I don't plan on sticking to any one specific mood or genre throughout the process. So, I’m very much looking forward to my debut live performance on January 27th, in the new year, at El Club with some excellent DJ's and my good friends Humons. We're going to make a big party out of it and have a damn good time!
Posted by jeff milo at 4:00 AM