A song title like that's gonna get your attention...

Continuing this site's weekly series of new Detroit music premiers, pop duo Mango Lane have a new video for a single called "Sex," part of a new album coming out on June 16.

Austin Carpenter and Jack Engwall are longtime friends who started playing shows around town a couple years ago. They released a couple E.P.'s in early 2016 and spent the rest of the time honing their knack for setting a tone, a charming/chill/mellow-dance-pop tone that could enliven a body toward a shuffled/swayed dance, but ease the mind of its worries (maybe even repair a broken-heart or two...) 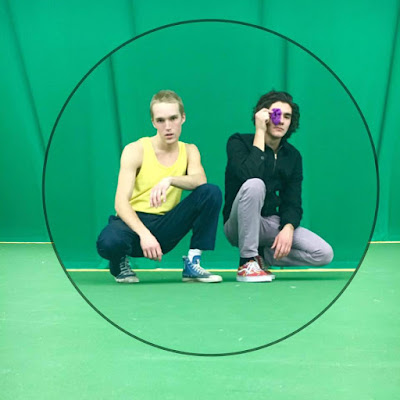 Mango Lane bring a sweet, minimalist funk that knows just the right amount of groove to put on the canvas to incur a dizzy splash of dopamine, a kind of low-key euphoric spell that they cast with synths, sequenced beats, organs, and sporadic rad riffs from an electric guitar. But the real charmer of their concoction are their harmonies, woozily interweaving their finely matched intonations in a mid-high serenade.

It's utilitarian for any occasion that needs the cultivation of good vibes; it could me make-out music, or you could just dance in your bedroom to this, you could dance in your kitchen to it too, while you're cooking something delicious, or maybe you but it could also soundtrack an ear-budded ambling through town on a quiet early summer's eve...

I just love the space they're creating in this arrangement; every guitar note, every bounce of the bass, and all of the vocal swoons, have enough space to breath. And that beat, a lean and languid tempo, never lets you go; your shoulders can't stop shimmying... But even if you aren't dancing by now, the duo are essentially giving you a how-to visual with this video. Particular props to the particularly dreamy ambiance provided by pouring hues of red, blue, and particularly purple - each of them a passionate/subtly-enchanting kinda hue...

Mango Lane release their next album on June 16. Ian Ruhala (from HALA) joins the band as a live drummer for concerts. HALA, meanwhile, is also on the lineup for their release party, a free concert, hosted at the Loving Touch. More info here.

And find Mango Lane on Bandcamp & Facebook.
Posted by jeff milo at 1:00 PM