I mean..., ...just  the swoon and bend of those booming beats, the haunting chime of those synths, the blend of intonations Bev's belting, varying in growl, or a purr, or in this urgent, breathless cry... A song like this can just kinda break you, (in the best ways). The rhythm from the bass and the cadence of Bev's aggressive, empowering lyrics, it all just hypnotizes you -even without the visceral imagery of seeing actual/legitimate freaks pervading the dark, fire-lit pockets of the underground....

But here we are...
A brilliant short film produced by Lori Wild & The Right Brothers, and directed by Andrew Miller.


Bevlove 'Freaks' [Official] from The Right Brothers on Vimeo.

The film brilliantly juxtaposes an almost invisible everyman-looking dude with the radiant Aphrodite-aura of Bevlove: The bearded actor David Gazdowicz is camouflaged behind cumbersome, 70's-era style glasses that hang in front of an expression that seems permanently on-edge, while he quietly tries to unravel the mystery of what happened at an alleyway murder scene. Startling, vivacious images of a devlish/gothic/pleasure-party in a dynamically lit loft-space start to cut in across the storyline of our crime scene photographer as he uncovers the corruption of two detectives (played by Ryan Clancy from Stef Chura's band, and Matt Rickle from Javelins).

This is the best work I've seen from Miller & The Right Brothers - the transfixing filters they use, the pacing of the editing, the frame of Bev being photographed from five stories up before she hops on a motorcycle for a dashing getaway. And Bev, with the subtlety and the power of her gaze, when she just moves her face with a slightness, or shoots her eyes up and forward for those close-ups....! I couldn't take my eyes off the screen, as I'm sure you can't either...

Glad to see this song get a video treatment. Produced with SYBLYNG, it was my favorite track from Bevlove's latest EP Do What I Say.

Follow Bev on FB & Twitter, or take a listen to her latest EP, produced with SYBLYNG @ Assemble, via Soundcloud


Coming up next for Bevlove 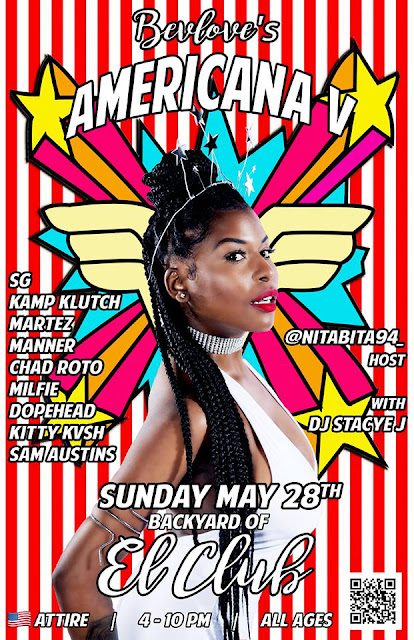