Seth Bernard: "The Arts Have a Way of Bringing People Together" 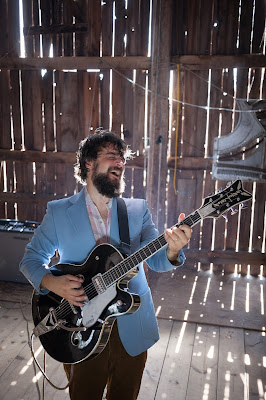 Lake City singer/songwriter Seth Bernard is very in tune. But beyond his music, Bernard is very much in tune with humanity, in tune with nature, in tune with social justice, but also in tune with having fun. His newest album, EggtonesFor Fun, is a sprightly composite of folk-pop and Americana, with minstrel waltzes, gypsy jazz and ragtime, and he’ll be performing some of those songs Friday night in Hamtramck. This is a sunnier contrast to last year’s Eggtones Blues, a comparatively more austere and atmospheric collection of electronica and folk, with Bernard’s dulcet tones threading sweet melodies that delivered urgent calls for peace, as well as urgent calls to action.

Bernard is a one of the most prominent and hard-working voices in the Michigan folk music community, as an activist for social justice issues like freshwater rights, primarily for citizens of Flint, or concerns over Enbridge’s Line 5 transporting oil under the Straits of Mackinac.

This article originally featured in the Detroit Free Press.

When Bernard is not on a stage singing songs, he is working with a multitude of community organizers, nonprofits, and other artists all over Michigan to, more than anything else, educate and inspire.  Hundreds of musicians and thousands of music fans and activists gather each autumn at Earthwork Farm for a festival Bernard started called the Harvest Gathering. He releases his music on his own label, naturally called Earthwork Music.

Bernard, 37, was raised on his parents’ farm, known as Earthwork’s Farm. He spoke to the Free Press about how that upbringing shaped his outlook on life and ignited an evidently eternal flame of compassion in him, a compassion and a reverence for people, for the environment, for animals, for traditions, and for progress; a compassion that’s felt almost instantly when you hear one of his songs (often featuring spoken-word samples from activists like Bill McKibben or the late Grace Lee Boggs).

Next month, Bernard will be getting deeply involved with water rights when he hosts a panel discussion at the SXSW media/music festival in Austin, on March 10, at the Michigan House venue. He’ll be launching a new multifaceted project soon, a year-long social movement that will find several ways and mediums to spread awareness about clean water issues around Michigan.
Bernard talks about wearing several different hats: activist, humanitarian, father, and of course, musician. 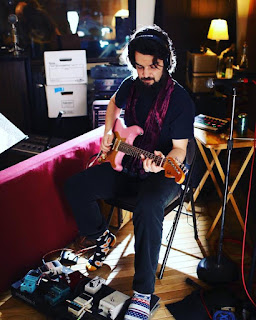 What were some formative experiences that set you on a path towards heightened activism through music and community organizing?
Well, one thing is that I started a free event called The Water Festival as a young adult, and it was aimed at community building and to sort of be this celebratory call to action. I wanted to see if we could create bigger onramps for people to learn about and get involved with things like local watershed stewardship and hopefully join the response to the global fresh water crisis, and using the arts and music as a way to bring people together. It was an extremely positive experience. And I saw that it was refreshing to people to have an arts event aimed at social change that didn’t have a sense of anger or divisiveness built into it. So it’s about our time and our place, being in Michigan and united by something like fresh water, that can unite us in our identity.


And I think that (events like The Water Festival or the Earthwork Harvest Gathering) can bring people in and develop a sense of becoming problem solvers, and show them that they can respond to the times that we live in in a way that’s a little more localized.

What is the Harvest Gathering festival and how did it get started?
I put together the Harvest Gathering in August of 2001 when I released my first album; it was the beginning of Earthwork Music. And it was about recognizing food and music as these catalysts to bring people together, and then have that coming together be a catalyst to create social change. It’s started out super small, but it’s grown: we had 3,600 people come last year, with 125 bands!  It harkened back to traditions of farmers coming together as a community during a harvest time, and so you had traditional forms of music, like folk music, primarily, but it’s much broader, now, in terms of the musical genres represented. Hopefully we can have more cultural exchanges (at Harvest Gathering), between different communities; we have a lot to learn from Detroit up here. And the older I’ve gotten, the more I see that people’s environmental focus in the north might not be equally relevant to what’s happening elsewhere for Michiganders. So (Harvest Gathering) can be important in that it connects our struggles and connects our (advocacy) work.

You released a new album last week. What can you tell us about EggtonesFor Fun and how it fits in your current Eggtonesseries?
The Eggtonesalbum series has four parts: I started with EggtonesFor Peace, then last year I released Eggtones Blues, now I have Eggtones For Fun, and it concludes with Eggtones for Directions. I like having expressions that are a bit mysterious, or mystical-sounding, so that it can be subjective to whoever hears it to interpret the meaning for themselves; for me it just invokes a sense of possibility. Possibility! Because we have to be writing a new story in these times, where we see an encroachment of end times ideology and that is not a good enough story for our kids, for the youth. I know that, now, with having a 3-year-old daughter who reminds me to be in touch with joy and to be in touch with love. And I want to pay that forward and pass the torch. And so, EggtonesFor Fun, is seeing people everywhere engaged in a lot of serious struggle, and giving them access to joy, and to “fun.” That sense of possibility can be more alive in us if we’re having fun with what we’re doing and feeling inspired and passionate.

As someone who blends art with activism, what is your musical creation process like?
My creative process is extremely regenerative. I feel healthy when I’m feeling creative. I’m more able to express my experiences and emotions, and to navigate my place in the world, through music. And it’s an endless pursuit, really, of finding new pathways of expression. And it’s important to just keep after it, keep working. And I always try to lift up other artists, and to consistently show love to other artists. (Songwriter) Mark Lavengood and I are hosting a “Michigan Room” at Folk Alliance International in Kansas City this February and it’s all about getting Michigan artists onto an international stage, because you and I know there’s just such a treasure trove of music here, such a rich and dense place for artists to dig deep into their process and be supported by their peers. (Songwriting/music) can come easily for me sometimes just because I am so excited about so many other artists, here. 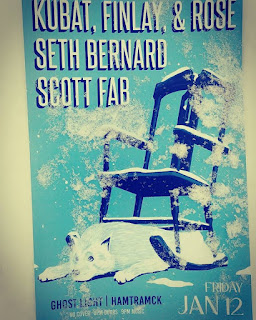 After such a divisive and tense year, how do you, as an artist and activist, stay hopeful and motivated?
It really comes down to having a lot of love for people. Having grown up in a way where my parents were so embedded in our community (Lake City), growing up on a farm and living off the land, but also living with a very close-knit relationship with our neighbors, I realized early on that we were a bit more “alternative” relative to most of rural northern Michigan, but I saw just how my parents had a love for people, and a love for kids and doing lots of hands-on projects with kids and working with local schools. So naturally that passed on to me. The arts have a way of bringing people together so intrinsically, and they can also be a platform for talking about things in a way that is engaging, in a way that can build community.

It’s been a tough year, but I see people, and I see musicians, really digging deeper into their craft, more than ever before, and activate that solace and that respite that drew us all to music in the first place.