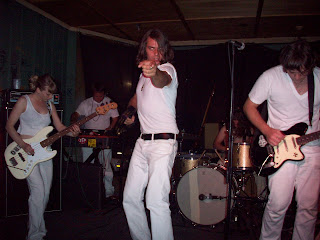 This weekend is one long, ravenous, howling full moon of musical hysteria...to make it to all of the exceptional line ups going on all over the city last nite and tonight, one needed to conjure the hurried, hot-blooded endurance usually reserved for Blowout adventures.

We started at the X! Fest, featuring the roster of local label X! Records as well as some exceptional tripped out psyche-punk touring bands (which, by the way, is going on tonight also, starting around 10pm at the Bohemian National Home, with The Terrible Twos headlining.)
(pictured, Heroes and Villains / The Mahonies) 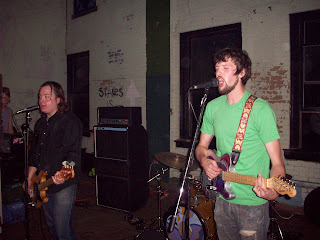 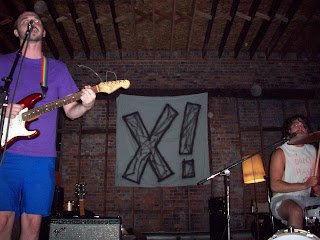 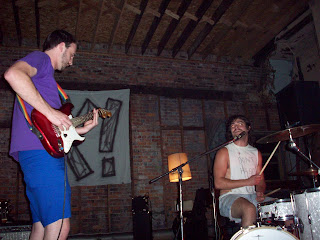 Then, we swung over to the Garden Bowl for The Displays record release party, for their LP, "Ain't Gonna Put Us Down." (pictured, Woodman / Smashed Windows) 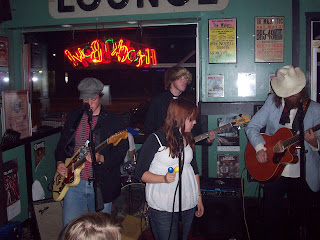 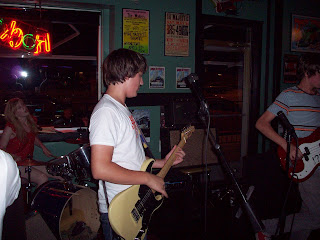 Then we tried to make it over to the Lager House in time to see The Birddogs - having just missed them - we arrived just in time for the inspiring, unabashedly psychedelicized, quasi-cult-ish Friends of Dennis Wilson to take the stage. 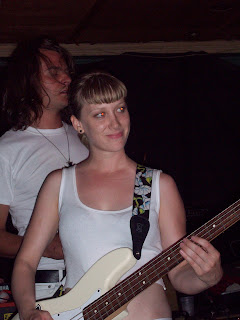 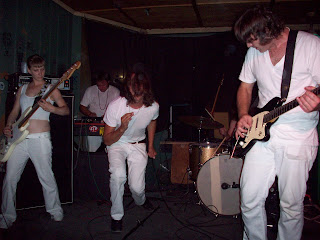 
The next destination was just down the street - at the Corktown Tavern, where the hope was to catch Deastro (and his now not-so-new full band.) But the line up got shifted around, so our witching-hour arrival time proved to be too late, (especially for the Friendly Foes, who went on first out of four.) We still caught an inspiring set from Manna and Quail, and Millions of Brazilians closed out the night. 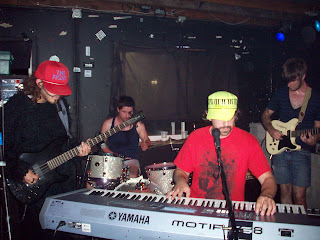 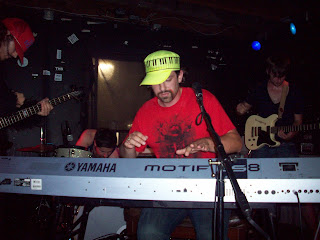 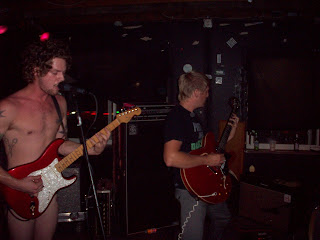 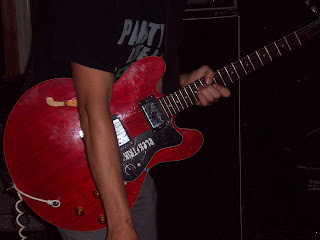 Tonight:
X! Fest at the Bohemian
Hentchmen at the Park Bar
Javelins at the Belmont
Electric Lions at Simons (Allen Park)
The Questions at the Stone House (?)
Posted by jeff milo at 7:12 AM

I admire your stamina and fortitude. Godspeed this evening, sir.

Oh, and um... is the guy from MoB naked in that picture??