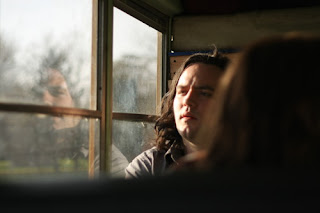 Friend of Detroit's hip-hop scene Dan (Height) Keech has been hard at work on a new series of EP's titled Unending Blaze. The first EP in this three part installment comes out on Jan 1, 2016.

BIG NEWS. I’ve been hard at work on a three EP series called UNENDING BLAZE. The first installment comes out on January 1st. The new single, "Mind Moves The Mountain" is streaming above. And you can see Height later this month:
1/25 - Detroit, MI - UFO Factory
Throughout the spring and early summer, Height was an ambitious cross-country RAP ROUND ROBIN tour with Detroit's Passalacqua and Baltimore's Eze Jackson. At each stop, the trio of hip-hop acts would engage up to 3 other regional rap, electronica or soul groups and spin the bottle, so to speak, with a roulette of recitals around the performance space.


"The Rap Round Robin tour was a big part of my life this past year," Keech said. "I was doing a singular performance with truly elite rappers, and not just in terms of their bars, but the whole picture.... It made me learn a lot. One realization was that rap isn’t where my strength currently lies. I realized that some of the more straight-up rap stuff in my set was just there to keep the crowd moving, and was left over from an older era."

As you can hear on "Mind Moves The Mountain," the more multifaceted emcee is exploring more of an art-pop trip, with a caustic-punk/blues edge. What's evident with this song (and with the songs to come via Unending), is that Keech is essentially hitting a creative reset-button. He's exploring the soulfully restorative (and discouragement-battling) powers of mind-over-matter, while also ruminating on the daunting cognizance of one's own mortality. Inevitably, the past year and a half's developing uprising in his hometown of Baltimore (post-Freddie Gray) also played a factor in influencing Keech's more mindful lyrics, this time around.

"In the past, I’ve felt pressure to keep some hip-hop touchstones in my set," Keech admitted, "but I’m not sure why… I guess to impress the crowd? To show versatility...? That RAP ROUND ROBIN tour demanded that you do you and only you, to the highest extreme. I have some songs that I think of as my fun/lighthearted party songs, but they would feel futile after Passalacqua does “Other Thing.” I have some songs where I try to convey a straightforward and literal message, but that felt phoney right after an Eze Jackson tune."

Keech said he'd felt as though he's always been turning musical 180's, with beats (instead of a bmx). Some of his albums had battle raps, others featured guitar-based music and others, still, were throw backs to a more old-school sound. And that versatility is generally a good thing for an artist, no doubt. But the RAP ROUND ROBIN clarified some things for Keech. "I didn’t want to be the guy that does a little bit of everything forever...."

The tour left me asking a lot of questions, but the biggest one was… What’s my point? I came home feeling like playtime is over.. It’s time to do something with one focus, that’s all my own, and make it be enough of what it is that I can make people feel it." 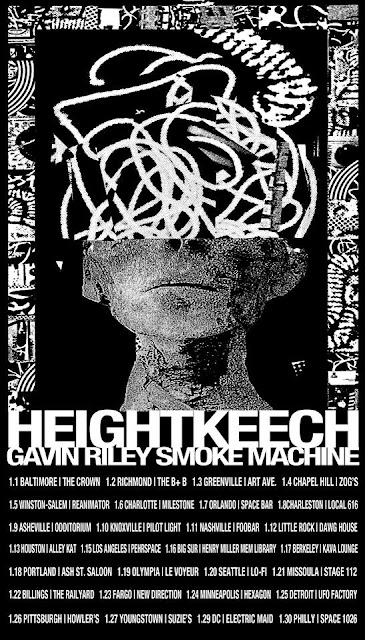 Look for Height at the UFO Factory on Jan 25
Posted by jeff milo at 8:35 AM