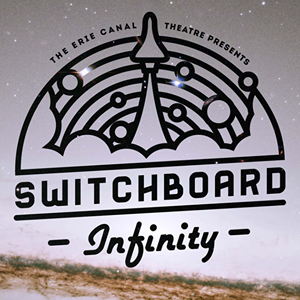 Switchboard Infinity has been able to trigger genuine LOL's from me, audible and unrestrained bursts that could only be categorized as guffaw's, roars of revelry at the sounds of screwball scene setting.

"Switchboard Infinity," a production of Erie Canal Theatre, has been churning out of SW Detroit for the last 18+ months, creating two seasons worth (more than 20 podcast episodes) of sci-fi slapstick and sophisticated adventure serials. The team of voice actors, writers, producers, sound designers and audio wizards is known as Erie Canal Theatre. 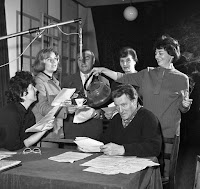 The reason I'm writing this follow-up piece is two-fold. The first sentence of this blog post used the word "rejuvenating..." Well, the throwback jolt of nostalgia for radio theatre has renewed my otherwise cynical, social-media-frosted soul into a childlike... (but not too childlike) state of closing my eyes and utilizing a faculty of mine that had begun to rust from a slowed frequency of ignition: my imagination.

So, I'm writing this because I wound up falling in love with the whole thing. Setting aside the local pride I feel for Erie Canal, conceived and carried out right out of Corktown, it's, in my humble opinion, radiating with charisma, a goofy panache I can't find anywhere else outside of Christopher Guest films, or maybe a cross of Futurama and Monty Python... 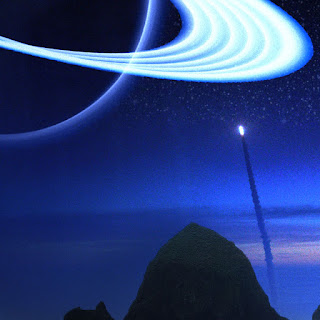 The second part of my writing this is that the final episode just went live...

Erie Canal Theatre is an ensemble creating art in Detroit and you can expect new material from this later in the autumn.  You can subscribe to this two-season "audio cartoon" (based on improv and infused with filmic sound design) via iTunes HERE.

The show airs within "Dance With Me, Stanley" by Stashu on WFMU in Jersey City, NJ, and is concurrently presented here.

If you want to catch up, all the way to the final episode, then check them out via iTunes. Or find out more, here.


Erie Canal Theatre intends to produce future shows after "Switchboard" concludes. What will they be?

Hi, Mike here. I play Malcolm. Thanks for the awesome article. One minor correction. We only recorded our last episode at the wonderful playspace studios.