Troy Gregory - Xaviera - Here To Be Enlightened, Beyond The Unknown 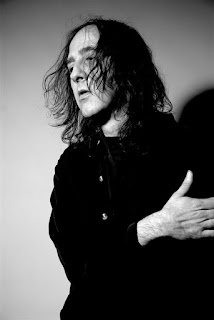 For all the years I've known Troy Gregory, I've never known his mind to be quiet. I intuited early that he was appraising, approaching, and engaging with the art of music from not just a different perspective, but multiple perspectives.

Gregory would always elude any categorical box you'd attempt to put him in, slipping out, wraithlike, to go haunt other boxes, aisles, ideas... The imaginative essence of Hammer Horror Films, of 50's comic books, of 60's British Invasion, of 70's glam-rock, of 80's metal....combined with experimental new wave filmmakers, surrealist painters, and a uniquely strong connection to, or channeling-of, the spirit, or a spirit, of rock 'n' roll.....all of these vibrant energies are part of what manifests so much color, character, and immersive-qualities to something like Xaviera--it's not just a matter of those being influences on him, or being things he grew up with...., it's that he's found a way to inhabit those perspectives, almost to the point where they possess him...all at once.


And thus, Xaviera's stylistic conveyances are myriad, but the lyrical libretto is steadily paced, coherent, and keeps pulling you along from movement to movement. There are poetic glimpses into the ever contemplative hub of his mind, and the weariness of his heart--but there is also a radiance in moments that sound like resolve, or a renewal of the soul.... "I was wise to have loved a turn from the stage.....to loom from beyond the mind..."

And, again, thus..., Xaviera cannot be reduced to a review, to just a few paragraphs of summation. Each movement is several songs at once. But what can be said is that the segues are utterly graceful--you could put this on and let all 80 minutes play, but it wouldn't have to be "experienced as four songs," you could try interpreting it as 28 songs, if that's an easier way to digest it, or an enticement for entry. It's a journey inward as much as it's toward something... It's a following of a light... It's discovering, surprisingly, what the source of that light may be....