There's something about Street Corner Music in Oak Park that always draws me back... It's the one store I'm sure to visit on every Record Store Day... 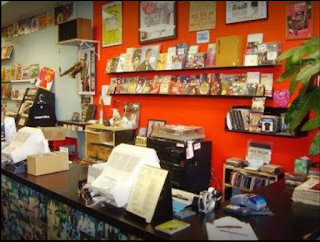 While working on a feature for the Detroit Free Press, I was asking shop owners around the Metro Detroit area, including People's, Hello, Stormy Records, Dearborn  Music, and more, about items in their retail collection (or treasures they choose to store away) that are considerably rare. If not ultra rare, I also asked about items that were unique, special, held a certain significance to the store, or were just too weird to believe...!

Aaron Anderson is the store's manager, and he told me this excellent story about a longtime patron of Street Corner. It really communicated to me the poignancy that these flat, black and circular discs of pressed, groovy wax can bear between a sleeve of paper. Every record you hold has a story, some big, some little; a journey that they've been on....

Records do not only capture the music of the time, sometimes they capture a historic moment in time and the person who was there. Carl was an early regular customer at Street Corner Music and an all around great guy. When I started working here, I did not care much for jazz, and Carl was a through and through jazzman. Early on he told me "I have faith in you... Sooner or later, all intelligent people come around to jazz music!" When Carl passed away it saddened us, and even now when the someone mentions the "electric" Miles Davis records, we often quote his harsh comments on the subject.

When we purchased his record collection, we got a glimpse into a jazz lover who was there from the beginning! It was well known that Carl frequented the legendary Detroit jazz club The Blue Bird Inn in the 1950's. What was unknown was that for as cool as he was, he was also a starstruck autograph seeker. In 1958, the Miles Davis Quintet played the Blue Bird Inn and Carl had the wisdom and nerve to ask Miles Davis, John Coltrane, and Philly Joe Jones to autograph his records. We have kept the first press copies of "Cookin' With The Miles Davis Quintet" and "Blue Train" that are signed by the three jazz legends. 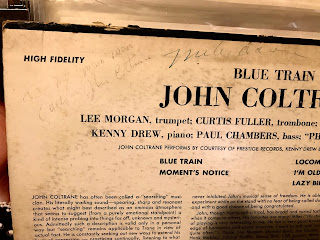 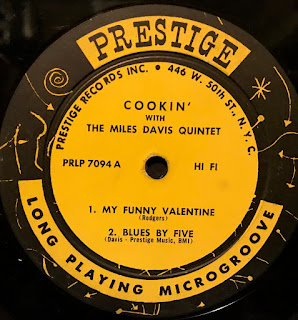 The records remind us  of these three jazz giants humble beginnings and of the amazing people we have come to call friends here at Street Corner Music. A moment in time that can never be repressed or remastered, truly one of a kind copies. While the condition of the two records are far from mint, the loving and personalized autographs to our dear friend Carl more than make up for it. The man who believed in the power of jazz music and in me so much that he foresaw our collision course. Two records previously owned by a man so cool that John Coltrane wrote "To my main man Carl". And if you were wondering why Miles Davis would sign a copy of Blue Train, you probably know enough to know that's just the kind of thing Miles would do.