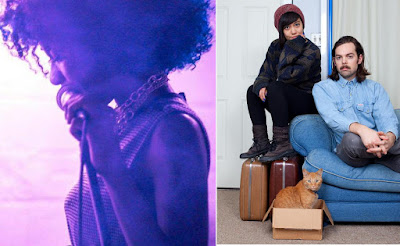 Britney Stoney, a breathtaking vocalist and guitarist fusing alternative folk and soul-pop, released a new EP, Native, while Valley Hush, the duo of producer Alex Kaye and singer Lianna Vanicelli, experiments with electronic dance music structures on their second release, Don't Wait, while imbuing the synth-glitz with elements of indie-rock and ambient dream-pop.

https://soundcloud.com/britney-stoney
Stoney has been writing and performing her music for a few years, already, having released an EP back in 2012 as well as collaborating with other producers and lyricists from the local electronic and hip-hop scenes. Native had its formal release show Sunday evening in Detroit. Streaming below is a single she started streaming back in January. Her voice, its silky timbre and emotive sinew is soothing while her lyric are contemplative and metaphorical, yet still catchy enough for a pop chorus.