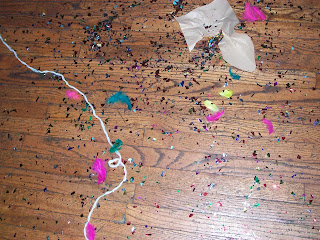 "Historical sense and poetic sense should not, in the end, be contradictory, for if poetry is the little myth we make, history is the big myth we live, and in our living, constantly remake."
-Robert Penn Warren

A little while ago, I wrote a rambling recounting of the last night of July 2010, which was spent amongst a thousand or so drifting, musing bodies throughout the Crofoot entertainment comlex in Pontiac, MI.

Thereafter, at bar-sides and stage-fronts, a lot of people voiced to me the resonance it had with them. All of it was really heartening and encouraging; I was taken aback. The consensus came: that whatever was going on around here in Detroit--that each and all were quite glad to be apart of it, inspired-even!

One comment came: that that was the kind of language that started (or inspired) scenes.

That was the whole idea, right? 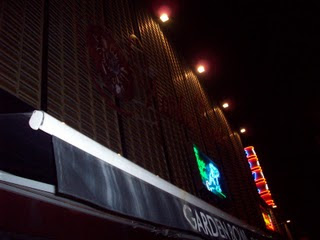 As Modern Civilization spilled across Europe towards the end of Medieval times, it became endemic that artists became sutured into the gutters, alleys and squatted lofts of major cities. A town (or network) of artists within a town...

Ever since Florence (or Venice) during The Renaissance - the natural urge seemed to be for artists to allign, inside these cities, out of both an assemblage of a somewhat collective identity and a richocheting/melting-pot of somewhat collective inspiration. Mozart's Vienna, to Paris Salons, and then French Symbolists, Impressionists; New Orleans jazz - Chicago jazz - Tin Pan Alley - Delta Blues - The Beats - Greenwich Village - the French New Wave - Haight Ashbury - British Invasion...The Factory...Factory Records...Manchester...LA Punk...DC Punk...Bronx Hip/Hop...(Disco?)...and, eh, "grunge..." ...then of course, Detroit's "garage" thing at the turn of this new century....and onto Portland, Austin, Athens and Baltimore... yadda yadda yadda

But recently I realized that I am growing tired of the hyperbole of history... the documentaries... the way every other three years we have another recounting of the Beatles coming to Ed Sullivan, regurgitated and re-spread across the public's TV screens dotted with new interviews of the same old aging faces... the same old recountings of CBGB's glory days, new angles, new perspectives...re-re-re-reflections...

...reflections of these 1 to 2 year periods of "happenings" or "explosions" or "scenes..." The electricity that flows through each participant thus making them feel as though they are striding wide with their heads in clouds and that all is full of love and we are grimacing with sharply cut coolness and mind-blowing, cutting edge weirdness...
The 1 to 2 year period where each "explosion" "happening" and "scene" celebrates their own unique weirdness to the max, like it's some extended lost weekend of a merry holiday's run through the streets, spreading our mind-altering carols.

And whereas Marco Polio's umbrella shredded, spilled out, veritable stage-tilting display may be yet another deluge of unique weirdness...they have still, yet, have been honing this weirdness for more than 2 years. Macrame Tiger turned heads with their stage-cluttered strutting and shambolic explosions - but even theirs is a band's story that stretches back a couple years. 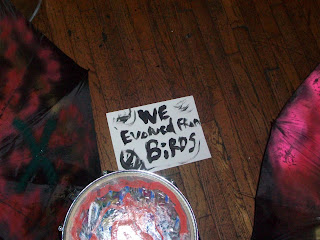 Why should we be the next momentary musical mecca? No, that was never the idea. Let's forget, let's completely erase and destroy, all hang-ups on "scenes" "scensterism" "happenings" or anything like that...

Let's be a generation. Not Pete Townshend's generation spurred on by the chipped shoulder of oh-so-fleeting youth, or Richard Hell's "blank" generation of dissaffection and punk's new celebrated slovenly weirdness - just a generation...
Not something that the press or the blogs can simply tune-into at the time of our "hottest" activity and soon turn away after they feel they've sufficiently and assuredly documented our story beginning-to-end... let's continue thriving betwixt said-beginning and said-end...

Let's realize that, come hell, highwater or whatever-other-apocalypse chance chooses for us, that there is no end... at least not in a climactic sense.
We just like the tension of knowing that it could end... that the scene, the happening, the explosion...has a forthcoming end - that creates the preciousness and the morning after grin we smile when we recall the beer spilled glory of last night's show...

I'm reading a book right now that's really resonated with me, in terms of "stories." That is professor Claude S. Fischer's Made In America: A Social History of American Culture and Character.

(from page 6 of the University of Chicago Press' 2010 release), on our "...habit...to view the past as normal, natural and eternal, thereby making today seem abnormal, unnatural and unchangeable.....We weave stories, creating the past perhaps as much as remembering it.....We typically tell and understand history as a set of stories...("narratives")...rather than just one thing happening after another. Stories provide coherence, plot and dramatic tension."

So week-in, week-out... bands play show after show... journos or bloggers write about them, either blurb-ishly or extensively, in print and on computer screens, and attendees come and enjoy, discover or dispel the magic or the mess of whatever sort of unique weirdness we, the scattered masses of SE-MI, are putting out...

Week after week it just sounds not like a set of stories, but the continuation of one... a five, six, and seven year story...but still connecting back, however strongly, to Detroit "garage" or 80's punk or, however loosely, to late 60's psychedelia or mid-50's Beats... it's one long string...

Ever notice, also... how with each successive "scene," the stories, the lifespans of the happenings, were sped up.
How the Renaissance lasted a couple hundred years, how the Paris Salons hung around for dozens...and yet the Beatles, the greatest band of the modern era didn't even make it 9 years...to the point where punk bands in the early 1980's would be together for mere weeks and write not even 9 songs...

So maybe... our narrative... is not one ultra-exciting and profound "explosion"...and not one prolonged and epic "generation..." it's 12 or 19 different narratives all happening at once - beams of light shooting forth into the dark streets of this crumbled manufacturing mecca and intertwining every weekend via loud, impassioned music.

just "one thing happening after another..." ...the end of hyperbole. Who knows what I'll write about all this 9 years from now. Maybe I'll be on PBS in front of a blue screen, being interviewed about it for what will then-already-be the third or fourth recounting of this....
Either way - a bunch of bodies - either carrying or playing instruments or those standing and listening, are about to crowd up the Majestic complex this weekend. It won't necessarily define us or reach a climax, but it'll be another important splotch on the montage. (Does this montage have a frame? Do we just keep spilling forth?)

See you round the stages this weekend - at the scene of many intertwining and colliding narratives...