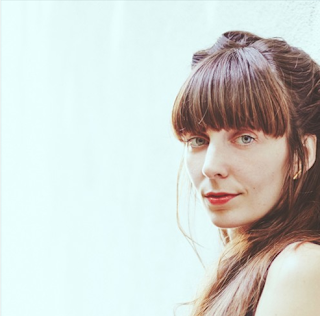 The music of Anna Ash has this power to it…, like I feel the world coming into focus as it feathers my headphones, like leaves settling, breezes soften, light pollution dims and car horns muting… The noisier, artificial world fades and something actually concrete, the substance and soul of my surroundings attains a radiance; I feel a clarity come in with her voice and the loud quiet that keeps the space between her notes.

And yet I just can’t describe how she captures that lucidity. But more on that, later…

Ash is releasing her second album, Floodlights, on September 6. The Michigan-raised/California-based singer/songwriter recently returned to her home state for a handful of performances showcasing the new songs.

“Holding Out” is the latest single; it, along with the album's other nine songs, feature Joe Dart on bass, Julian Allen on drums, Joey Dosik on keys, Theo Katzman on guitar/backing vocals, and James Cornelison and Brett Farkas on guitars. Anna Ash is on lead vocals and guitar. It was mixed by Dan Horne and mastered by Devin Kerr

The album’s title was inspired by the certain surrealism of encountering blinding, open-faced light fixtures shining up an otherwise pitch dark suburban street in the middle of a night, as one might find in Hollywood, if you run into a movie set, happening upon this fabricated luminescence with a suddenness you just can’t get used to… That’s enough to make anyone want to get away…, particularly Ash, as she demonstrates with her prose and pensive guitar clangs, shaking dust loose, retightening bootlaces, taking deep breathes. Clarity…calm.

Ash’s first album was 2012’s These Holy Days and it blended pastoral, almost-Laurel Canyon-esque folk back eastward to Michigan’s own more rustic renderings; a set of soft odes that could bridge a path twixt her two worlds and wend its way towards a more fully realized sense of self, and of place.
Floodlights, though, is something much more of a rock ‘n’ roll creature, or that certain kind of tender thunder with a subtler rumble rolling off toward a horizon. It’s plugged in, it has grimaces, it can shove… It’s also stronger; it’s more concentrated, confrontational and sings to firm up the dams against drama or anxiety.

“I think, before…, I just started writing songs but didn’t quite know how to do it yet, so I had to come out slow and I came out quiet…” Ash says this, looking back five years to when she began working on her proper debut as a solo artist. “I was also just listening to a lot more folk music when I was younger, but don’t really listen to that anymore. When I moved to L.A., I got way more honest about how country my sensibilities are, and I just became more comfortable with that genre and being able to be on the fringe of that genre and feeling okay with that...”

Ash grew up in the village of Elk Rapids, surrounded by idyllic lakes and a picaresque state park, with the vineyards and cherry fields of Traverse City just a stone’s throw away. She played music throughout her youth up until college in Ann Arbor, where a voice instructor (along with several other future collaborators like Theo Katzman), implicitly encouraged her to start performing (and writing) more.

In 2009 Ash headed west, winding up in Northern California for a while and eventually Oakland. Strange as it may sound to a Michigander accustomed to slower paces, simpler folks and a smaller populace, Ash submits that, more than anything, moving to a admittedly unfathomable place like Los Angeles actually helped her find herself … Perhaps because it was so esoteric…

And much of Floodlights deals with parsing out “…your own weird, emotional baggage of existing within a place that is so dynamic and challenging, with its culture and the types of people that are there…”

Ash said that when she lived and worked in the Bay, she “…felt a lot of social pressure in order to play ‘the right gig…’ or, like I had to get into ‘the right scene…’ or be part of a crew.” But the part about L.A. she said she likes is it’s not really about finding a scene or starting a scene, especially for a songwriter.

“I feel it’s quite a bit easier to be in your own universe because people are more interested in hearing someone who is unique rather than just, ya know, five more rock bands who are all friends in the same scene and sound the same. In L.A., I was suddenly able to be myself in a way that I didn’t feel comfortable doing in the Bay. I felt pressure there, to be cool. But L.A.’s not cool…in some ways, just cuz everybody’s so weird…”

What winds up standing out is the sinewy maneuvers of its smooth rhythms, its steady, heartbeat-like riffs on the guitar, and the bluesy lullabies of the vocal performances. What stands out is a comfort in being vulnerable. What stands out is the breathing space given between each element; each instrument’s expression, tone and timbre breathes, sighs, growls…cries.

“I think vulnerability interests me, not just in performances and in songwriting,” said Ash, “but also in the singers, too… I think for me, especially with these songs, that’s just how they were written, and it’s how they come out.”

You may have already heard hints of possible influential reference points, but Ash later marks Emmylou Harris, Bonnie Raitt and Lucinda Williams as a few key touchstones that soundtracked her youth, along with a galaxy of old-time rock ‘n’ roll players and country-heavy vocalists.

Going back to the tender churn of these tunes, there may seem to be sadness but some of that, on earlier recordings, was actually just shyness; an inadvertent soft-touch.

“For a little while,” says Ash, “I was very self-conscious about singing high and singing loud. I had gotten feedback from some people I worked that that was over the top…because some folks want a more subtle and lower style of singing. But when I was making Floodlights, I got way more comfortable… because I was producing it myself and could carefully choose every vocal take and how it would all sound. And I just realized: ‘Wait… my voice is high and it is loud…that’s who I am and this is what these songs are… They’re not quiet, subtle things. So, (Floodlights) was just about getting more comfortable with who I am as a writer and being like: ‘Yeah…it’s gonna go there…!’

So I couldn’t quite put my finger on what was resonating most about Floodlights graceful grit, about its power to pacify some unnamed perturbed feeling in me…

“That probably has to do with (Floodlights) being, primarily, a live record. We tracked drums, bass, rhythm guitar, lead vocals and some of the lead guitar all live… The songs are simple and I wasn’t interested in getting to heavy on the production side. I wanted the songs to sound like a band in a room. ‘Holding Out’ was all about those hits (on the guitar). I think that song could stand on its own, with those lyrics and that guitar… I didn’t want to fill up all that space. I think it should just be able to breathe, there…”

That’s what happened when I listened to Ash’s Floodlights. I found space. I could breathe… Indescribably refreshing, I’ll say… 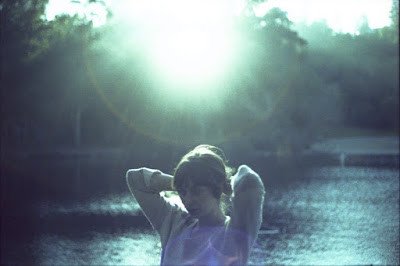