This is one of the most, if not the most, self-promotional things I've ever contributed to the Internet. 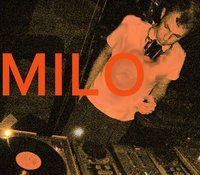 But it dawns on me that I am host of a talk show and yet people might not know why... I certainly will never carry myself as someone who knows a thing or two, and I'm not going to be dropping names when you find me bar-side for a chat. You may read this blog and not know (or care) that it's been chugging along for more than eight years. That said, this blog makes no reference of the fact that I contribute weekly to the Entertainment section of the Detroit Free Press, covering almost-exclusively local Detroit/Michigan music. 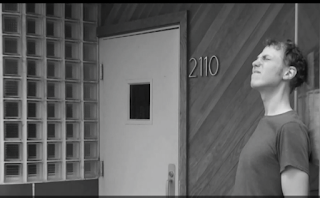 But I've been doing this... and I mean writing about local music... for a while, now.... That's why I have a talk show about local music. But I'm also no hot shot. Never will be. Won't ever feel entitled, nor shall I carry myself hence in that 'm-kinda-a-big-deal manner.  Cuz there are so many of you out there, dear musicians and artists, that I have yet to meet and that I assure you I"m looking forward to interviewing... But I'm not Lester Bangs and I'm not John Peel and I'm not Pitchfork. I'm just Milo and I'm going to listen to your music intensively and write-my-head-off about it... that I promise.

Not that I intended on turning this into a campaign platform, or anything... But if we haven't met over the various arenas of social media, yet, I'd at least want you to know I'm not just some guy... Ask Travis Wright, he'll tell you. The co-host of CultureShift and I go back nine-ish years, to when I turned in a weekly music column to him in his capacity of managing editor at Real Detroit Weekly. You'll recognize that as the magazine that recently merged with Metro Times.

I go back even further, really, to when singer/songwriter Ryan Allen was running the Real Detroit show for a second. The three-albums-deep solo artist and guitarist for Destroy This Place got me my start in album reviews. I'm almost halfway into my 32nd year which means I'm nearing lucky # 13, in terms of my years of writing about local music. I've written, in the past, for Metro Times, for a number of years. But for the last three years, I've been contributing to the Free Press.

To tell you the truth, I've never been so motivated in my life. AND THAT...is because I am impressed on a weekly basis by the consistent output, coverage filed, posted and shared by a plethora of outlets and independent blogs that have developed over the course of these 13 years...


And then there's CultureShift over at WDET, along with Modern Music with Jon Moshier and Ann Delisi's Essential Music. And there's Melody Malosh's column in the Detroit News, and Tree Town Sound over in Ann Arbor.... And at least 10 more that I'm regrettably forgetting. Oh, DETOURS on the Free Press site.

I've never gotten tired of doing what I do. I've never gotten jaded. Not burned out yet. And that has as much to do with the constant abundance of eclectic, inventive, eccentric and enthusiastic music (of all genres) being produced and performed (on a weekly basis) by local artists, as it is to do with my fellow documentarians: writers, reporters, on-air hosts, and DJs..., promoters, provocateurs, proponents and consistent producers of insight. Further insight. Reviews, interviews, observations.

Everyone I've linked to above is continuing to tell the story, in real time, of Detroit music. And I want to applaud them for their all that they do, all that they have done, and all the posts' to come in the autumn, winter and later future. I'm in the mix, just as everyone is...

I'm still essentially a nobody, but I'm not just anybody... That's why I have a talk show. And this blog. And some other stuff.

Now that you've gotten this far, let me say: Thanks for reading. Thanks for always reading..., everything! You are wonderful, and I hope we have a mindblowing conversation, particularly about music, in the very near future.