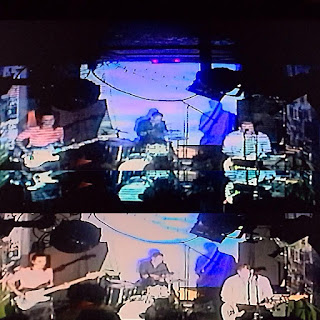 Soon to be dearly departed

I never knew what I wanted from 800beloved and now it’s too late to find out because they expire in two weeks. I mean don’t mean that as an implication of freshness, I mean that the day of their demise has been determined, and once August 13 winds down to midnight, all we’ll have left is their music.

That music was conjured, composed and produced by singer/songwriter Sean Lynch, and we had a contemplative conversation recently exploring how we, as a disparate population of music listeners ever-fluctuating to reaffix our habits to a cavalcade of oncoming apps and new streaming services, concurrently regard our favorite artists, what kind of expectation-boxes do we start to stuff them into after we’ve been anesthetized by a social-media centric online world, and how we, if at all, appraise “new” releases…like, do we even make our minds up for our own selves, anymore? These are significant questions that can lead to some hard truths and some disconcerting conclusions. It made me look inward and assess how I’d been digesting music lately…

How did I, as an individual facet of a larger audience, approach the art of an 800beloved album? I already knew that my habits, just as anyone’s, were “part of the problem…” But I wanted to start changing… Only thing is, it’s too late for the case of 800beloved. There are, of course, myriad reasons why Lynch opted to off his band after 10 years, and I’d encourage you to attend the Funeral for the band so that you can  a.) Not only get away from your computer or phone for a sec to find some always-needed “IRL” engagements but  b.) So that you can soak up one last show from 800beloved, a uniquely sounding death rattle.

800beloved’s three albums took me back to dreams I couldn’t remember having and yet appeared so vivid to me in my mind’s eye. Amid the woven distortions and blurred-hum harmonies of voice and bass, I would feel this shadowy sense of wistfulness, yet wooed into the decorous drones enough to want to sing-along to these timeworn-feeling pop-melodies and gently-bruising lyricism that seemed to know just the right pressure points to jolt the heart back into a soothingly regular pulse rate…

800beloved’s music could wash the world away, for me…it had that immersive quality. It followed primal fascinations toward the simplicity of a purely beautiful thing, whether it was new love flutters, poetic dissections of nostalgia’s essence or merely the dynamism of amalgamated hue of Purple…  But since I write about music (for fun, and for a living), I would often find myself having to divert into the ditch of labeling…

And what would you call 800beloved? People heard the distortion and decided it was shoegaze…or people saw the iconography of their artwork and invited suppositions of goth-ness…Or they heard the rhythmic patterns of the bass and certain tones of the guitar and decided that it might feel kind of new-wave-ish… But it was always something more than whatever box, seal or label into which you felt it might fit…

Whatever 800beloved was, for you, you can’t deny that its elements, its lightness and its darkness, were, if nothing else, authentic.

This is not commiseration; this is completion.

From here on out, Lynch will continue to do what he loves, which is make music. But for the foreseeable future, it will be under his more lucid moniker No Body https://soundcloud.com/hearnobody