“I think the idea (for Goblin) just started with wanting to have a city as the centerpiece for a scary story,” Malerman said.

Welcome to the town of Goblin. May your night there be wet with rain, breathless with adventure, and filled with fright…

A novel in six novellas detailing separate occurrences of creeping, enveloping, and sudden terror... The latest in the horror novel genre from Ferndale's own Josh Malerman.  Catch up with part one of this interview here. 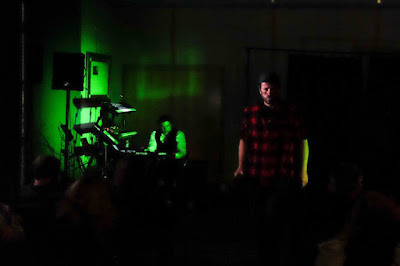 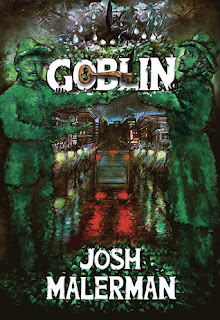 “The first story that I wrote, actually, is about its lead character introducing a new friend to Goblin. What was really happening is I’m writing my way through Goblin for that first time. It eventually became something like if ‘The Twilight Zone’ were an actual physical place… Not something that you fell into, walked into, dreamed into, or drank your way into, like in the show, but a physical place, an everyday town with Gobliners walking around.

Some characters are warier than others; some are in a blissful ignorance. Something about living in this city long enough…it starts to tweak things in you. And these stories are where we find many of its inhabitants at the very breaking point of that terrifying tweak. Many characters, on this night of nights, reach not quite a breaking point, but something in them certainly snaps.

“It was interesting maintaining this more concentrated energy throughout the writing of each story,” said Malmerman, looking back on two 300-page books with Bird Box, and last year’s Black Mad Wheel. “I love the horror anthology (genre), like Tales From The Crypt, or Creepshow, those were definitely influences. I enjoy how one segment can be maybe not as grandly scary as another, that one can be quieter and eerie, and that they’re all wonderful because they all fit together as a whole, that they complement each other in that way.”

Maerman said he initially drafted 10 stories for Goblin, and that one, as an example, was cut because it was almost too overtly supernatural. It’s like, there aren’t twists or jump scares, but more so that in each story, a character is kind of meeting their destiny… And it’s all spread across this city, all in one night.”

Whereas Bird Box was, albeit captivatingly, confined to one house in a post-apocalyptic scenario, his follow-up, Black Mad Wheel, was spread out across a desert. Now, with Goblin, Malerman was able to build a much more specific milieu. Streets, houses, hedge mazes, mansions, and a foreboding forest. And Malerman discovered that that was the allure of Goblin… Creating a space, rather than a monster.

Malerman says he’s often turning over a couple of contemplations regarding horror novels. The first is pace. Pace plays heavily into the novellas of Goblin.

“Poe knew pace, oh boy did Poe know pace…  The drummer (the heartbeat?) who plays along with you as you write; like the invisible brute in the room who pounds away as you write, giving you the beat of the book. This guy hangs around, he’s there at every writing session, as if he’s passed out from the night before. “Still here?” You say. And he says, “Let’s play.” That’s all he ever says. “Let’s play.” I’ve read a lot of books recently in which the pacing is almost too perfect, too right on. Like a perfectly produced pop song. While pace is huge, I also don’t want it to be so spot on that the books come out like they were written to the drum tracks of a modern Nashville studio session. I like the push and pull, the give and take. I even like it when the drummer goes nuts and I can’t keep up and we’re just plain off. Not all the time, though! Some of it is good for the soul.”

The other thing Malemran’s been meditating on is manifesting Fear as a character onto itself. He says that “…one of the reasons anthology films work so well is because, when you’re watching or reading a horror story, you know a scare is coming, already on its way. You may not know how awesome the scare is gonna be, but that doesn’t matter. So when I read that this or that scary book didn’t have any character development, I don’t pay attention to the critique. I wanna know how well developed the character of the Scare was. And if it’s good? Then that’s good character development to me.”

“The deeper I get into horror, the less interested I am in a kind of brutality or gruesomeness.  I’m more interested in imagination. I love films like Hostel, but it doesn’t move me in the same way that The Witch or The Others. I’m turned on, now, by the idea of horror as a character… That the Scare is a character with a capital S.”

“Are there ghosts there, in Goblin? Is it a cursed place? I wanted nothing verified… “ Of course there is an observable, tangible monsters creeping around cities in other horror novels, like IT in Derry, but with Goblin, it almost feels like the city is the monster. “And it got to some of these characters,” says Malerman, reflecting with a barely detectable subtle curling to an oncoming smile. “Really got to them.”