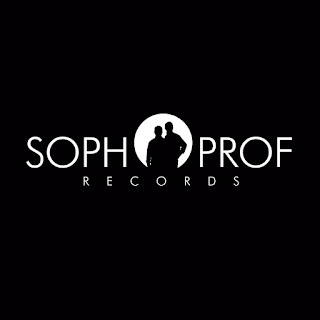 The silhouette you see in the logo for Sophisticated Professional Records is about all you're going to get, in terms of a tangible identity for the duo behind these tunes... The songs streaming below are continuations in a line of genre transformations that the musicians formerly(/currently?) known as The Ashleys have been experimenting with over the last 10 months.

The Ashleys, a three-amped, drum-heavy garage onslaught, played a show last month, but it seemed, up until that point, that they may have been on hiatus, and that the last three albums they put out, Christian Speed Metal, Neu-esque Krautrock, and backporch-rocking-chair Country, were a means of applying a bit of shock-treatment to their creativity, whilst also toying with the notion of Band Identity in an age of Social Media. You can stream releases by their various alter egos, like Bobbi & Weed, Nein, and JC Motercade, via their nondescript bandcamp HQ.

Their latest trip is Singles.

Mariachi Punk throws back to The Dead Boys, and a bit of The Jam--snarly, jangly punk ballads laced with herky-jerky riffs and impassioned growls that rail against interchangeable oppressors within the establishment.

And then the George Flower Company hazily drifts back to late 60's paisley pop and proto-psychedelia. Jangly and warbly like Donovan or Fairport Convention, but also a bit mystical like The Pretty Things, Village Green-era Kinks, or maybe some kind of incense-soaked Harrison-post-Beatles spirit journey.

With Mariachi Punk, it feels very 1979. With Georgia Flower Company, it's very 1969... Comparatively, Nein, the Krautrock project, feels right at home in the mid-70's burgeoning scene of electronic pioneers, just as you can imagine Bobbi & Weed hanging out with CSN beside the stage at Woodstock. Tom and Steve are charmingly capturing what we perceive to be "eras" or "genres," and then creating original music within those realms.