Just when I thought I was going to start on my definitive year-end lists, I'm pulled back to the blog by some year-end releases of note. 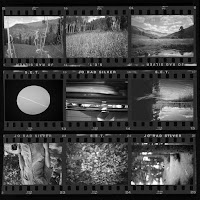 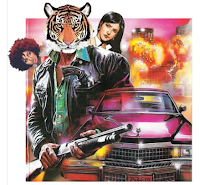 The first "new" recording I'll play for you is actually one year old (to the day). Pato Y Pato is a "new" band that actually started a couple years ago as an experimental recording project - an adventure into ambient techno and dark/minimal krautrock, conjured by local musicians John Duffy and Mark Maynard. The track we have below captures the characteristic ominous-yet-centering, post-apocalyptically-calming, zen-dread of their harmonious synth conjurings.

Up next, it's the techno/funk/hip-hop hybridist Motorkam. We featured Motorkam more than a year ago in The Detroit Free Press as a way of introducing audiences on this side of the state to a motivated and inventive new talent that had ignited within the Kalamazoo music scene. He's called Detroit home now for the last 18 months, and he just dropped a new album, a sequel to last year's Black Daddy, titled Being Daddy Ain't Easy. The lyricist/producer otherwise known as Kameron Potts (Motorkam), follows in the traditions of Ziggy Stardust, Dr. Funkenstein and Cybotron, in musically embodying a character to amplify and stack the energy and arrangements of his 3-minute sonic smorgasbords that sound like cosmic house music. Then again, this is the type of music that, as soon you try to categorize it, breaks free and runs farther, climbs the next staircase, or burrows to some other corner of the underground.

Copper Thieves are up next. Just like Pato Y Pato, they don't have "new" music, but in a similar way, it would still be "new" to you... The trio of local rock vets put out an album at the very end of 2017 - but day jobs and engagements with other music projects tied them up and kept them from doing some proper local gigging to support that record. CT was never out to reinvent the wheel, in terms of guitar rock, they just wanted to refine it, create some sweet melodies, and find a deeper focus toward crafting some damn good indie/power-pop ballads, while also dropping more than a few poignant and contemplative lyrics reflecting on life's wild journey.

Copper Thieves are opening up for Jeremy Porter and the Tucos (a 7" Release Party) at PJs Lager House.

Next, we jump back into the ambient/experimental realms, similar to Pato Y Pato, with Jo Rad Silver. This is the solo sonic adventures of Jonah Radnus-Silverstein, a key part of the vanguard of Detroit's experimental music renaissance by way of noise-exploring bands like YAK and his work as a music-melder with Assemble Sound. He's also been curating live events for similarly unbounded and futuristic music at Donovan's (Technically, Yeah); the most recent of which served as a listening party for this, his new album, S.E.T. (Superhero Elevator Techno). What resonates most with me is how his compositions evoke a sense of being carried away--the material world disolving and some new technicolor/ultraviolet world manifesting around you as the intricate arrangement of percussive elements propels you forward. Then you listen closer, and closer, and realize that a human is tweakign something, pitch-shifting that tone, modulating another sound and then adding melodic guitars, all in this 5 minute fever, two corporeal hands and one active brain behind all the sounds of the machines. It's beautiful.

The next'Technically, Yeah' is scheduled for Dec 6th  stay tuned, here, for updates.

Ambient/neo-techno producer Jay Daniel also just dropped new material, a full-length album titled TALA. Just as transfixing as some of the other ambient-composers listed above, but infused with a bit of psychedelic funk and spaze-jazz, Daniel fuses smooth tones and calming melodies over frenetic beats, with sporadic eruptions of gnarly-toned synths. In a track like "Qalbi, its beautifully mixed so that you're conscious of each element and its subtle coalescing into this calm-yet-furtive odyssey...to where you feel it when those droning synths at the bottom drop away, or when they crest over like a tidal wave towards its conclusion....