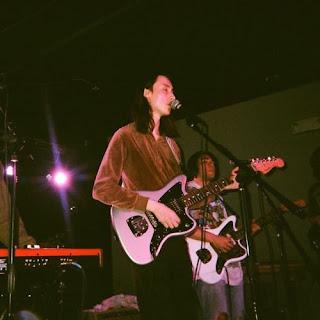 I wish I could boil it down for you, but you're just going to have to listen... ...While our geopolitics may continue to be rife with primitive, regressive and preposterously backward strains of anti-discourse, I'm happy to announce that our musicians, particularly Detroit-based songwriter/singer Mark Whalen, are substantially evolving and if not pushing boundaries, blurring disparate stylistic territories together into an ultravioletly verdant Pangaea of sleekly exotic and spicily quirky charms that still produce in instantaneous pop-familiarity amidst an alien and magical-sounding sonic terrain.

What I mean is..., you can detect the ingredients of indie-rock as much as you could jazz-lounge or space-age pop, surfy neo-psychedelia or jangly indie-rock, or just some kind of new-new wave that is so new it's not even near the shores yet. It's disco from Pluto, it's dreamy-prog from the astral planes, it's Whalen manifesting the untethered possibilities of his vision onto a record...Or, if you've peeked the event page for the release party of the new album by Mark Whalen and the Buttermilk Boys, then you can get an even deeper sense of what to anticipate by reading the invitation's encouragement to "...wear your best 70's disco outfit." That being stated, I hear so many avenues explored in Whalen's newest songs that it doesn't feel throwback so much as it's boomeranged into the future--it might start with disco, but it arcs out, sideways, forward, and then back again, picking up a range of genres and especially a nuanced blend of tones.

...yes, tones...tones and groove. Whalen's knack is modulating an effectively serene but spacey sounding tone with guitars and synths, while also arranging mid tempo (or even meditatively slowed tempo) rhythms that you can't help but dance to..., sway to, nod-to, float-away to... Even if you were walking (with headphones) to his song "Mother Bird," you'd have to resist the song's ability to compel you into a shuffle, into a bit of a shoulder-arcing, head-swiveling cadence. It's the groove that keeps you ambulating, dancing, advancing, exploring. Whalen and the Buttermilk Boys might dig disco, but it's not a fashion statement, or reverting to the past, it's more about charting a course and using those grooves as a launchpad. 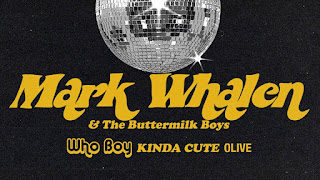