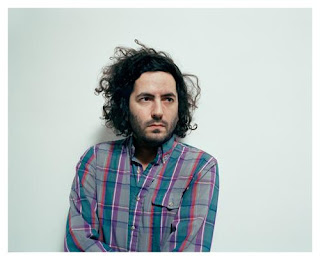 
Dan Bejar has a bit of subtle mysticism about him. To hear the fey voiced singer/songwriter incant through his characteristic vocal serpentines and freeform swish-of-the-firefly-net phrasings, (“the truth is a thing to coax out of it’s shell, on this, you and I are going to tangle-off! Treacherous bliss, off!”) it’s hard not picturing either a zealous open mic night poetry rambler, or perhaps a gypsy-like sage with beard, staff and crescent-moon-decorated robes.

He, at least, has a beard. The Vancouver musician, who also writes and records for fellow Canadians the effervescently poppy New Pornagraphers, has been recording as rock group Destroyer for 10 years – backed by a revolving cast of adept musicians throughout six albums, (98-05) and finally settling with the secure line up (Nicholas Bragg, Tim Loewen, Ted Bois, Scott Morgan and Fisher Rose) for his 7th studio release, Destroyer’s Rubies (06).

Destroyer’s latest, Trouble in Dreams, is framed by staggeringly beautiful, lush pop compositions and is a continuation, in some ways, of his oblique lyrical structures (sometimes free of any melody) and melodramatic ambiance.

After 8 albums, critics have perhaps gotten frustrated by his whimsical, ornate lyrics and end up delving too deep in analysis.

“Yes, totally, yes,” says Bejar, (pronounced be-i-har). “Before Rubies, people would talk about the weird shifts from record to record, the general alienating functions of the music, for good or bad. Then, with Rubies, people started to dive in, but in weird ways. Now, it’s just like, ‘there’s old Bejar, spinning his wheels, caught up in his old gobbledygook, whatever!’ Then they’re off to write their dissertations on Sufjan Stevens or the Hold Steady.”

Bejar’s form of ‘literary’ songwriting may diverge from “mainstream critical concerns in ” but it’s often not a bunch of grandiose symbolism-invested, culturally critical anthologies. “I have no interest in character study, narrative, craft…I am really just about a raw kind of poetics that I try to render extra-beautiful or extra-harsh with melody and diction or the lack thereof, or the overload thereof.”

Bejar stresses that musically Destroyer recordings get overlooked by writers distracted with highbrow dissections of poetic auras and storytelling,

“Words and melodies and their intersection does not get discussed,” says Bejar, “but style and attitude and general sonic ambience does and this passes for song critique, when really you’re just talking about outfits. Really, I don’t care what other people do or what people think is good. It is best to completely ignore these things, and a bunch of other things as well. The bulk of [Trouble’s songs] are so completely different from anything I’ve ever written before, but I’m not going to stomp up and down trying to convince anyone of this.”

One has to admire his evasive maneuvering from the labels of strict poet, prose storyteller, literate rocker, or even mystical cognoscenti; put simply, if he is anything it is against conventions. Plus, he’d much rather emphasize the talents and labors his band mates.

“Bragg has a million cool, uncharted parts, I hang albums on his parts. Bois’ arrangements were a total eye-opener, they make the record in a lot of ways. Loewen is such an anchor, and yet so melodic, like the ultimate in guitar players who happens to play really good bass. [And] Fisher is probably the most exciting musician I’ve ever played with – he plays in a language I can’t pretend to understand.”