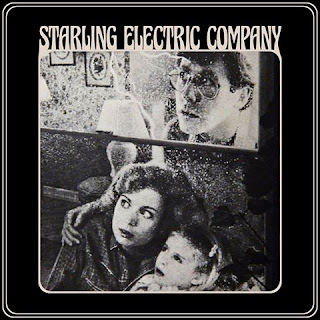 Tomorrow morning, I’ll have another of my weekly columns posted online at the Ann Arbor Current’s website, http://ecurrent.com –featuring Ann Arbor based baroque-pop gurus Starling Electric, who are releasing their first album in eight years. 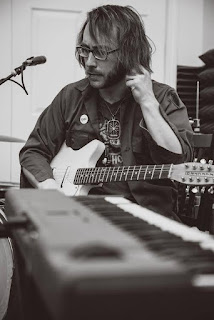 So I asked S.E. lead singer/songwriter Caleb Dillon the obvious question: What took so long?

“The reasons…are many, varied, and boring. I guess you could say that it can take a long time to get something right. It’s not finished until it feels finished…and, it finally feels that way to me.”

It…is the album titled Electric Company, 16 songs and 40 minutes of sordid splendors and gloom-exorcisms, the quintessence of jangle-pop and shambling sweetness, the most elegant reformations and re-mutations of Brit-pop influenced, orchestral-adorned guitar-rock.

Electric Company will start streaming at midnight (…or soon after), but you can sample some of the songs embedded into my column, again, over at http://ecurrent.com
–And, yes, I’m propping that column a lot, because, frankly, I have no idea how many of you actually check that on a weekly basis. But regardless, this week….THIS week…I’m exploring Starling Electric’s new album. Again, check the link^

Starling Electric released what felt like an instant classic, Clouded Staircase, back in 2008. Can you imagine completing a project that’s taken more than 7 years of your life? “Of course it feels freeing,” Dillon admitted, “it always does! I felt that 16 years ago when I put out my first album…” By “put out…” he means burning it to a CD-R, photocopying and hand-cutting out the artwork, shrinkwrapping it on the sly at his dayjob bookstore back then and then selling it on consignment at small town record stores.

These days, his band consists of adroit area-musicians from around Ann Arbor/Ypsi, like Christian Anderson, John Fossum, Ben Collins and Aaron Diehl. 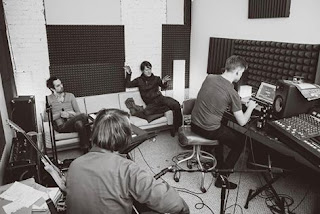 “It feels weird to think about (Electric Company) being accessible to "The World", because I don't know what that means anymore,” said Dillon, who reminds me how hard it may or may not be to get hold of him, because he’s 35 and does not get emails on his phone.. “Connectivity is at its peak, but more bands, plus cheaper technology, plus widely available resources, plus instant self-publishing…equals nothing but over saturation. Why try when there's virtually no competition? Anyway, these are all things I thought about 10 years ago when I was young and wild and it still mattered. But right now? Right now I'd just like to prove that we weren't bluffing all these years!”

The album is real. It streams this Friday. And I ask Dillon what, at the end, gave him the most fulfillment…

“…the fact that we didn’t give up and release a half-assed attempt at this album five years ago…or feel like we only had a few good finished songs at the time and just release a wildly popular EP. Not that that's a crime; it's just not for me; I think a lot of bands feel pressure to put out an EP when they have a handful of good songs and some filler, but they should just wait and finish the damn thing... …Or, ya know, figure out how to write better and complete the assignment! It's really not that hard, if you've done your homework.”

Your homework assignment is to give Electric Company a listen, this weekend.
Posted by jeff milo at 8:54 AM