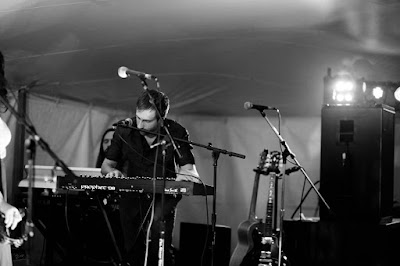 Dan Gruszka’s got a lot of musical pans frying on the sonic stove. The skilled jazz-wizard guitarist and producer has been steadily suturing himself into the collective of artists operating inside AssembleSound, particularly through his tenure with the stylistically acrobatic LiquidMonk (with Mike Leonard, Eric Fillip, Omar Taji, and Brian Long).

He has since gotten collaboratively involved with producer Eddie Logix (contributing to Mega Powers), along with singer/songwriter Kameryn Ogden (ISLA), who laid down a few vocal tracks along with Gruszka’s guitar lines. Gruszka also performs with the jazz-inflected GFK trio, which fuses some soul and funk into the groove stew.

But what we’re really here to tell you about, is that Gruszka is pretty far along in production on his debut solo E.P, under the moniker Daniel Monk. Whereas Gruszka has been raised on jazz and rock, he recently began drifting toward the dreamier milieus ambient electronica and more downtempo electro-pop.

“I feel like music is all I know how to do,” said Gruszka, 32, who’s been dayjobbing it in software engineering for the last decade-plus, but only recently ignited onto the music scene. “I can be in my space, every night, working on production or jazz guitar for five hours straight. I basically taught myself jazz guitar from just working every night for hours. I never felt I could just do that, like, get in a trance, with anything else I’ve done. It’s a self-assigned thing. And, on top of that, I listen to music, pretty much non-stop.” 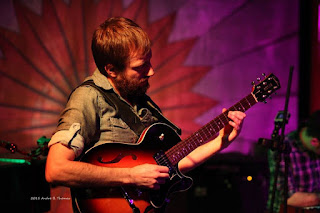 Gruszka’s work ethic, as well as his work load, can easily make me feel lazy. I don’t know about you.
“I started studying jazz about five years ago. I knew our drummer Eric (Fillip) through my dad; and we soon got together with (keyboardist Scott Kulik) and got GFK Trio going in 2012. We started experimenting early and we’d always had an aspect of funk to it, along with jazz and jam-band-ness, but I think it really solidified when I started bringing some of that (more synth-inflected) sound to the table.”

This was when Gruszka started really digging cerebral synth-inflected producers like Shigeto, Flying Lotus, Caribou and groups like Tycho. With Daniel Monk, he’s utilizing the sensibility for blending acoustic and organic terrain with the spacier and celestial electronic fogs of synth and pedal-wizardy.
Liquid Monk scored a spot performing with Mega Powers during summer of 2015 and that’s where the creative lines between Logix and Gruszka started crossing.  Liquid Monk, meanwhile, started working on tracking a new E.P. at Assemble with Alex Kaye, and they have a show Saturday night in Lansing at the Loft.

But back to Daniel Monk. The debut solo E.P. is currently in the works inside Chris Koltay’s High Bias studio. Ogden is a featured vocalist. He’s been describing his own arrangements as heavily ambient trips, slower, sweeping, cinematic and somehow weaving spacey-synths with a bit of a folksy vibe.

But we don’t want to tell you too much…  Stay tuned. 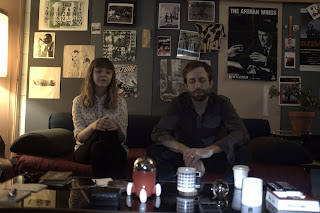