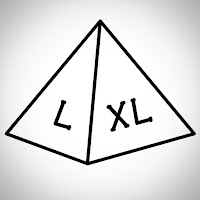 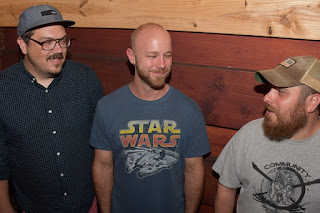 LXL features emcees WarrenPeace and Jah Connery and DJ Kee Flo. The two rappers have compatible vibes, an easy going and self-depracating sense of humor, with a flipside of sober/serious advocacy for social justice and progressive politics. Their raps are remarkable, in fact, because of their graceful treatment of social commentary sutured into cool, convivial hip-hop mixtures. Both of these local rappers are on the other side of 30, now, with families, day jobs, bigger world-views and wary perspectives to share.

They no longer naive, but they also aren't jaded. They've got a veteran's wise charms, but a rookie's exuberance. They can get heavy, but there's also a lot of endearing heart & soul slung in...

This new music video is the first in a series of narrative short films portraying a working-class father and husband trampled under Trumpian bull-shit and a bunch of other disconceting drags. It is, tellingly, inspired by the 80's/90's sitcom Roseanne.

If you want to read more, there's a feature up at Pop Matters.
Posted by jeff milo at 3:55 PM