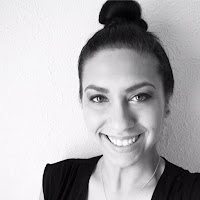 Detroit-based DJ Rebecca Goldberg was raised by the radio. Coming of age at in the 90’s, when CD’s hadn’t quite kicked cassettes to the curb and dance parties could still be efficiently expedited by boomboxes, Goldberg was inspired by “the Godmother of House Music,” Dj Stacey “Hotwaxx” Hale, who spun live dance mixes on regional radio stations like WDRQ, WJLB and more! She also studied the signature flow from the live broadcast parties for Club X on Saturday Nights at the State Theater. Having started back in 2010, Goldberg has gotten the chance to spin live on the air, with WDET’s Sunday Sessions show and WHFR out of Dearborn, along with gigs with various internet stations. She is currently holding down a few residencies for dance nights at local clubs and has just released her second EP of 2016, titled Acid Queen 313. Back in January, she released an EP arranged to accompany Georges Méliès’ A Trip To The Moon.

Goldberg’s spent the last six years honing the two crafts of performance and production, showing keen appreciation for the magic and momentousness of presenting and sharing live music, while also self-teaching herself the ins, outs, nuts and bolts of the technology side of things, mixing, programming, arrangement, etc. We asked her about her work ethic, her inspiration, and the importance of Detroit’s electronic music legacy.

What drew you to electronic music, to techno…? Regular attendees of Movement likely already have refined palates and perceptions of the varieties of techno, but talk about your experience with it…
I grew up in the age of video games, dial-up internet, and just rapid technological advances.  Electronic music is much older than I am, but the sounds of technology and electronics are ever-present for my generation.  These sounds are amazing to me, and are without limits.  As far as techno goes, specifically, I love the rhythms and structures that make up techno.  I become mesmerized by the percussion patterns and subtle changes.  Sometimes techno is inconspicuous and it can be soothing.  Techno is vast.  Dance and movement for me are also very much a part of this.  It’s a feeling.  I enjoy the sensory experience.  My first proper DJ gig was about 6 years ago at this point, in 2010.  The process of programming music, making mixes, tinkering with technology, constantly listening and learning, searching for more; that has always been very much a part of my life.

You just put out your second E.P. in under five months. Talk about 313 Acid Queen, about the subgenre of “acid techno…” and the experience of producing/arranging your songs.
313 Acid Queen is about carrying on the traditions of acid techno from Detroit, and evolving it.  The Roland 808, 909 and 303 (drum machines/bass-bots) especially, are what distinguishes the sound of 'acid techno' from the rest.  A couple of years ago Roland released a series of (drum) machines based on those classics, which I used for (Acid Queen)’s production along with another 80’s synth.  I also incorporated some field recording and experimental techniques.  Process-wise I attempt to absorb in my environment at all times.  I am very much an observer.  The tracks are obviously named for specific sites of inspiration around Detroit (“Riverwalk,” “Interstate,” “Aquarium,”), and I think that certainly comes through in the music.  The music production for A Trip to the Moon (released back in January,) was different in that its story was already 100% written.  I didn’t want to lose sight of the film or (Georges) Méliès’ narrative (from the 1902 silent film). My intention was to create music that would be an accompaniment without overshadowing what was already going on (on screen). I was working alongside the film through the entire process. 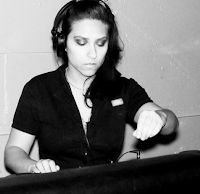 Talk about your perspective as a woman, breaking in or getting a foothold in this global (electronic dance music) community, one that’s still seen by some as a boy’s club. What is your strongest source of encouragement, motivation?
Well, I suppose I wouldn’t know any other way, as I’ve always experienced everything in this life from the female perspective.  I am dedicated in all of my endeavors and know that hard work and putting in the time is what completes projects and brings opportunity.  Those are the things that keep me motivated.  I think that if a younger girl is inspired because of something I have done or am doing then that is amazing, and I hope she continues and work hard to achieve her goals too! My biggest motivator is all the opportunities I receive to reach new audiences with the music that I present. I’d say that every moment, so far, has been formative for me; I don’t like to reduce any experience to being less meaningful than another.  Because, looking at the bigger picture, playing for eight hours to an empty room early on was equally as important as the invitation to play live on-air at WHFR (89.3, Dearborn).

When it comes to electronic music, talk about the two separate realms of formation and presentation, production and performance…
For me production is a very personal experience.  So far, I have always done that alone.  It’s as much a learning process as it is a creation process.  I love to do it when I feel my mood is right, but sometimes I don’t wait for that, and just put myself into the headspace.  It also seems to be more of a continuous journey.  Then, with performance, it’s often about more than me.  It can include other performers, production staff, and the audience.  You can practice, plan, and gather all of your experience-knowledge, but changes and challenges often present themselves.  Working with all of those elements is a surreal experience at times.  Working through all of it is incredible, and then, it’s done.  I love both and, in the future, I hope to combine the two worlds as much as possible.

Talk about Movement. What’s your experience with this festival been like over the years and what do you appreciate most about it?
I went started going to this festival in high school.  Back at that point I hadn’t begun to even think about myself as a dj, or music producer or performer at all. My first proper DJ gig was about 6 years ago at this point, in 2010.  So, here I am now, and I’ve DJed for 6 years, and those key points I’d said earlier, about being dedicated and putting time in, that’s brought me to where I am, today.  And now I’m performing at Movement! I get to share the music that I love, the music I that I study, and the music that I’m surrounded by, I get to share it with the biggest audience on the biggest platform I’ve ever had. And I get to do this all at home, where this music, culture and experience all started.  I imagine it’s going to feel very euphoric...!