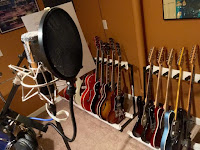 I recently interviewed The Kickstand Band about how... how how how...a band, any band, tries to "make it" in the music world. And, really, they came up with their own answer just as The Bruised Reed have come up with their own - find the route, pattern or method that works best for you and your music and, above all, what feels right...

Cuz the second you stop (if I can get on a soapbox for a second) feeling fulfillment in making music, the second it feels like a struggle, or, worse, a job... Man, that's trouble. 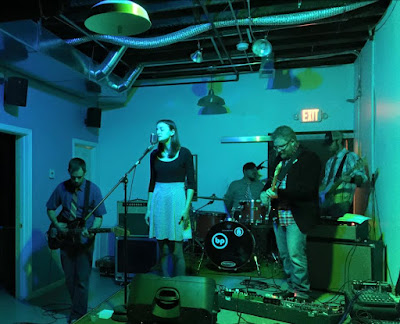 The Bruised Reed are a lithe Detroit-area quartet that are able to perform either straight-out electrified space-rock, breezier yet still edgy baroque-pop, or even some stripped down acoustic Americana. When you're that able and agile, and not to mention, motivated, why not scoop up two songs, sculpt them to be as perfect as they can be, and unveil it. Look at Beyoncé, at Louis C.K., at The Kickstand Band....

There's no need to take four years to make the next great Grizzly Arcade Bear Fire with your Morning Jackets on, when you can instead continually engage your fans, whether Michigan based or otherwise, with sporadic servings of digital mini-EP's, they're like pop-postcards or indie-rock love letters..., it keeps the mutual fires stoked, both an audience who wants to hear something new and for the artists who want to constantly be working on the next thing.

That's Brusied Reed...Fresh this week with volume 3 of their Doubles Series, which you can also find on Spotify.


You can see the Bruised Reed at the end of the month, May 28, at Corktown Studios.
Posted by jeff milo at 4:30 AM