We Drift Away with Chris Bathgate's "Northern Country Trail" 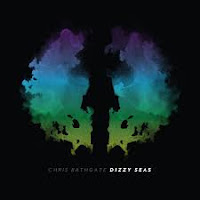 Hello again, and welcome to the 5th installment of our epistolary review of Chris Bathgate's Dizzy Seas.

Audra Kubat drafted herletter to me on a late summer evening after a return from up north. Just as it did with me, the song sparked surprising emotions. 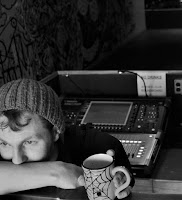 The first thing I wrote to Chris, after Quite Scientific premiered this song as the first single off the album, was that I would admittedly delight in the alternative of having those looping, swelling, barreling guitar tones that fill the first 90 seconds extend onward for the entirety of the song's nearly 7-minute drift. I admire the production here, the way the sound evokes a sense of something rising, and then enveloping you. It's a supremely effective attention-getter, and tone-setter.

Sometimes I'll awaken in the morning, before sunrise, and my brain is almost spilling over itself with thoughts. They could be anticipatory, anxious, or even content. They could be excitement, or even distress. But so many emotions are whirlpooling around in the early hours of the morning--and I feel like that's what these three guitar strands are doing as they pirouette together. The song, we should note, is about the "thoughts" that are weighing on Chris' mind. So much of the album is about clearing his head, and this one may be the kicker, in that department. Whereas last week, when we discussed "Hide," it was more of a confession. I still feel like that song has a kind of guilt, for lack of a more delicate word, that is not quite absolved. I feel like "Northern Country Trail" finds that absolution.

The song certainly feels, at least, that it is finding something. The drums sync perfectly to the way you or I would stride  our way up a slanted hill on a hike through the woods, while the ambient guitars and sublime pianos billow around us - it's a very 360-degree kind of song, where you feel as if, stopping at that splendid moment of the 5:00-marker, that if you turned around in your chair, you'd see your very own foot prints from the previous verses.

If "Hide" is the breaking of emotions, the sort of breakdown, or the weep... This song is a boost in those relieving chemicals you feel flush through your system after a good, hard cry. Now that I've written that sentence, I wouldn't want to misrepresent this album, or tracks 5 and 6 as predominantly "sad..." It's much more complex than that. This song, without putting a more poetic spin on it, is a dispeller of spiritual toxins, for me... And maybe for Chris. He's leaving something behind here, or at least trying to. But I feel like he essentially does a full circulating lap of these woods, searching through tunnels of olive green, only to return. But he sounds as though he's returned to a spot resembling from whence he began.... Only a clearer head, a lighter soul. At least, that's what I want to feel--that's what those pianos make me feel. Those pianos are crying in this song, even if Chris isn't. And that cry, when the eyes are dried, feels SO relieving......

with goosebumps and ruminations,
sincerely yours,
-jeff 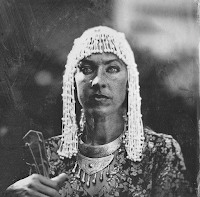 The opening sounds like a cascade of memories, repeating and reminding. Thoughts caught in a curve that bends around and crosses itself. The opening guitar loops seem to be working in a few different capacities here. Yes, they suggest a pattern that one returns to, but they also hypnotize as if watching a spiral turning and you're lost, unable to turn away.

Then time almost stops, Chris' voice walks in, and the song shifts. We follow the path and as the thoughts drift, green tunnels into the mind, places from the past, kisses remembered. Then the guitar takes over, sings the lead and we are left suspended, whirling yet not unsupported. I am in a kind of day dream and suddenly I am thinking about my past, my love and loss, my pain and regret. The room I am sitting in dissolves, my eyes close, and the music become the lens in which I can view these memories. I am completely engrossed in my process and then...

All goes quiet (almost) for a split second and I snap back to the comfort of a voice that is not my own. I feel I'm being waken and that as I try to understand the connections (patterns between what we get and what we give), I am back on the trail, surrounded by green. All the thoughts I was lost in disappear (for now).

I agree, this song seems to be about trying to let go of something, but finding that it will always be a part of you. We may hope to escape during a walk through the woods, but memories are etchings that can't be removed. They have their own agenda and surface at will.

This music seems to mirror the experience that is 'remembering'. The opening that rings in repeating loops, the first verse that leads us into the emotional tunnel, the instrumental verse that gives us time to live inside ones own thoughts, and then we are brought back. Chris reminds us that we are still walking down the same trail, but we know we are in a different place.

This song ends with no words and no voice. The guitar comes, tries to pull you back into the dream. Languid velvet swells and the piano sings reveries. It plays out just shy of taking you. You're left with the taste in your mouth, but can't quite recall the exactness of where you just were.

For me this song brought up things that I had tucked away. Things I thought had no hold on me came streaming back. A great song does that. Makes you examine yourself. This is the kind of song that makes you feel different after you hear it.

It is through tears that I say 'thank you, Chris', for writing a song that unlocked something in me that needed my attention. I am going to leave it there.