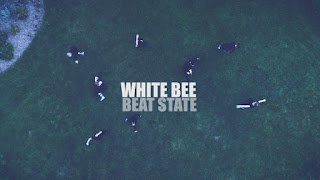 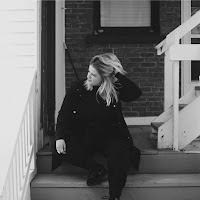 It's a pleasure to premiere this new music video by White Bee, because it's a reminder of how the songwriting, guitar-styling and vocal talents of Shannon Barnes can continue to enrich the local music scene around Detroit. The reason I treat its continuation with a preciousness is not merely because I think Barnes has an excellent sensibility as a soul-pop/indie-funk hybridist, but because her band, White Bee, very nearly came to an end several months ago. I'd qualify Barnes as a dynamo merely for her guitar playing..., or merely for her voice, or merely for her songwriting, but all three fire at respectively high and impressive calibers, coalescing to make the magic that is: White Bee.

The percussive arrangement for this tune, as well as the expressive guitar playing, is dynamically embodied by the energetic sway of the dancers (of Ballet Detroit). You can't see any action shots of Barnes on the guitar, but it's enough to hear her voice coming through those languid willows.

Barnes has a new cast of collaborators (Valerie Kraft, Andrew Hintzen, Craig Shephard, and Arianna Bardoni), and White Bee flies forward! This song was written by Barnes before the band-shuffle, but it's interesting how even before the shift, Barnes was singing this dreamy song about a sunrise..., about being saved from falling, about uniting with a friend and gliding off into the future. It's already a radiant song, sonically, but now we have these visuals....filmed by Sisse Finken and Elise McCoy. (McCoy also recorded the tune, as well as directed and edited this music video).

White Bee is on Bandcamp

1. Elise McCoy for recording the song, filming, directing, editing the music video. And being a boss. 2. Ballet Detroit (the featured dancers) and Katja Rowan and K. Natasha Foreman for helping me get all those dancers together and choreographing. 3. Sisse Finken for Filming and using her awesome gear. 4. Valerie Klaft, Andrew Hintzen, Craig Shep Shephard, and Arianna Bardonifor playing on the track!!
Posted by jeff milo at 4:02 AM