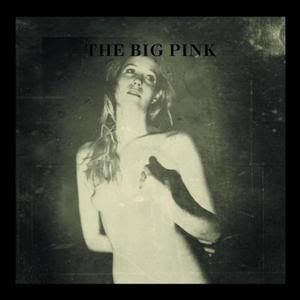 
Our modern day electro pop often reaches back to the fuzzy, stylish glory of new-wave - a genre nestled in a time when flashy singers could simultaneously be tough-looking and confrontational, yet glitzed out in androginous mascura or Alladin Sane lightning bolts. And, even though Big Pink lifted their band name from The Band's debut record (reaching back to that rootsy Americana strum of the 70's) it still effectively qualifies that paradox - to be big and booming in your buzzing guitars, stomping drums and shifting bass grooves, yet still back it up with these wispy harmonies or howl out a bit of melodrama into your vocals over frilly synth dressings.

Their rough edged guitars and punchy drums clench fists beside steady wafting fuzzy electronics - a fairly minimalist approach that might compare to a Handsome Furs or even at some points, newer acts like Girls - but Robbie Furze and Milo Cordell, both long-time banders and long-time engineers, come off a bit more educated in the craft of electro-pop - reaching back to more austere influences like Echo & The Bunnymen or the burning, free-wheeling strut of the early Verve records - the mix of delicate computer-y blips and starry eyed synth-fuzz meditations given a kick by danceable drums and roaring guitars.
Listen 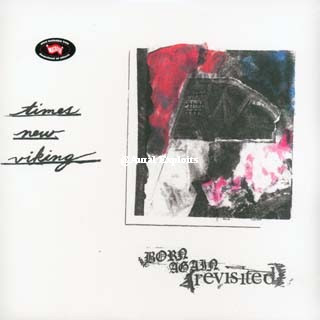 Blown out vocals, trash-can drums, three-chord shreds and sleepy stretching melodies - we all know the recipe for this new millenia's fuzzy punk avant-pop thing, but it all depends on whose lo-fi loving hands hold the crinkled sauce-soaked note-pad of ingredients. For Times New Viking, on this, their fourth record in just over that many years as a band, the inevitable reference point is still Guided By Voices - but one hopes most writers qualify it - whereas Robert Pollard was all about the British invasion - Times New Viking are way more into the Primitives' take on pop or the claustrophobic and self-destructive style of The Fall.
They have their Bee-Thousand moments ("2/11 Don't Forget") but they also have their shrieked, disorienting no-wave leaning riccochets ("(No) Sympathy"). Some moments have melodies wandering in a haze over dreamy beach-side guitars ("These Days" - not a Nico cover), while other moments are down-right apocalpytic in hair-pulling kart-wheeled anxiety ("Born Again Revisited" or "I Smell Bubblegum"); the key is to combine those two, the melody and the mayhem (on tracks like "Something Moore"). If you've already dug what Black Lips or the Strange Boys have been doing in terms of sloppy-blues and ultra-fried punk-r&B in the vein of vocals so blown to hell it's elucidates your own broken ear drum right beside the amp during an actual live performance (this was recorded to VHS), then you'll be in comfortable--and at times, more exciting--territory here, with Times New Viking.
Listen
Posted by jeff milo at 7:48 AM