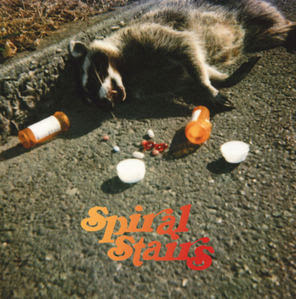 
On “The Real Feel,” Scott Kannenberg, (former guitarist/singer for indie-sanctities Pavement) seems to have a self-revelation; after two full lengths and an EP under the Preston School of Industry moniker (a name taken from a Pavement b-side that would initially seem a misfit to longtime Pavement fans who already knew that Spiral Stairs was, already, his long-held nickname/pseudonym ) he uses "Real Feel" to put PSOI on the shelf, and puts the old jacket back on, dusts himself off and says, Here I am, sorry I’m late.

PSOI’s recordings were sort of schizophrenic records tinged with capricious flings into space-rock and weird fuzzy bass-booming southern rock, only providing flashes of those dizzyingly delicious pop ballads Kannenberg would occasionally lead on with Pavement; but it wasn’t enough to just re-hash new "Date With Ikea's" and "Painted Soldiers," listeners still weren’t getting to know the man who was often shadowed by the more flamboyant/more-lead-writer of their previous band (Stephen Malkmus). With “The Real Feel,” Kannenberg matches Malkmus not only on intricately woven indie-pop, but surpasses his former/currently-reunited-collaborator’s respective solo work on levels of emotional, pensive and melancholic lyrics (aided by the atmospheric engineering touch of Jon Auer) and gives us, finally, the most intimate look into Kannenberg, as a songwriter and as a man. 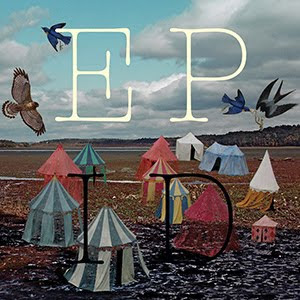 
Mystic folkie Elvis Perkins debuted his songs in 2007 with Ash Wednesday, after which he assembled a touring band christened as the very storybook-sounding Elvis Perkins in Dearland with whom he would not only record the 2009 follow up, but name the album after the band.

So it's probably safe to say the Los-Angeles raised recording artist has established an identity or world for his writing. So now he can relax and open up a bit, allowing listeners an intimate revisiting of a standout track, "Doomsday" from the 2009 self-titled, with an EP’s worth of unreleased material. Perkins clearly cherishes ornate older-styles that bridge dusty Americana (the cathartic whoa-ohs over woozy acoustic guitars of “Stay Zombie Stay”) to jangly late 50’s cruiser pop (the slap-back bass and the freewheeling rockabilly guitars of “Stop Drop Rock And Roll”); but the girth of his charm may lay in those gloomy New Orleans funeral march-recalling drinking songs that warm and whirl their way into marching pop ballads (the Scottish-folk flavored jive of “Weeping Mary” to the sleepy-to-surreal trombone affair of “Doomsday”). 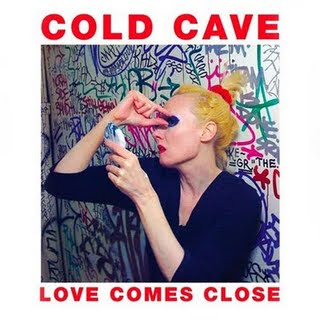 
Even the most pop-leaning, hook-filled, admittedly danceable moments of this record are still made gloomy when one weighs the experimental and confrontational ferocity of the trio’s other projects, which include hardcore bands like Give Up The Ghost, arty noise bands like Prurient and scrappy unsettling fuzz pop like Xiu Xiu. You’re like, whoa – these cats (project initiator Wesley Eisold, along with Dominick Fernow and Caralee McElroy) are into some heavy stuff when they’re not set to their Cold Cave-provided synthesizers and loop pedals, is this just some sort of capricious lark for them to take on synth pop?

Well, even if classically goth-tinged new-wave/techno ballads like “Love Comes Close” or dizzying fuzz-sways like “Life Magazine” with it’s minimalist bass moans and 8-bit percussive claps will easily bewitch those of us whose hearts melt so easily for 80’s dance-pop, there are certainly creepier moments. “Cebe and Me” opens the album with steady tapping beats like silverware delicately scrapping pot lids just hits and hits for four minutes under hissing synths and meditative bass along with monotone-sing-speak vocals. To call it synth-pop would conjure New Order – and that would mislead. Some moments are, as they say, infectious, and danceable, but others are cerebral blood-shot dazes, with stretched tones and scraping synths – but the key is balance. A healthy balance of cute and creepy.