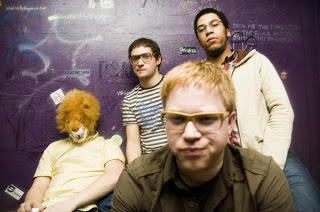 So Black Heart Procession is coming to town (11/6 - Crofoot) - and while I admittedly don't have a bead on how strong of a pull they are, singly, as a band, in the metro area - it would certainly make it more enticing to consider the line up of supporting locals includes Thunderbirds Are Now! (pictured) The Allen brothers have been busy all year - Scott with his project Big Mess and Ryan with a new Friendly Foes EP (and trading Rivers Cuomo solos with Allan James last Halloween, as Weezer).

Also on that bill are DC favs (and often, Crofoot favs) Prussia, who are steadily piecing together their next full length and seeming (judged from their most recent non-Velvet Underground set) to be as tight as ever whilst continually warping their own sound into interesting directions. If that's not enough for the local music crowd - why not include our consummate art-pop gents, Zoos of Berlin - purveyors of what many fellow musicians consider to be one of the most amazing albums of the year.

Making this a 5-band bill will be BHP's touring mates Bellini - a band I'm still just getting into, but they list darkhorse experimental/rhythm-heavy projects like June of '44 as an influence, as well as Battles, Fugazi and Jesus Lizard - it's that hard cutting angular indie-rock - I don't know - like the middle ground of the Breeders and Sleater Kinney - if they got together and listened to Trout Mask Replica. (Wow, that last one was such a blogger sentence.)
Listen: Black Heart Procession - "Rats" 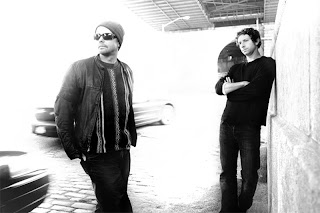 Now, later on in the month, (11/13 at PJs Lager House) if you're up for soulful indie rock by some serious players and passionate songwriters - then take a listen at The Strange (pictured), Patrick Davy and Brett Lucas - the first is a bluesy rock duo with three albums under their belt, the 2nd is a guitar-heavy 70's/90's-Brit-pop ringing rock trio and the third is the solo project of the guitarist from The Pickups.
Posted by jeff milo at 11:53 AM

Scott has a show November 12th at the Magic Stick Cafe in his band with his father called Arranged Marrage. They are opening for Harper Simon - Paul Simon's son. Could be a very cool show.