Four Tet - There Is Love In You 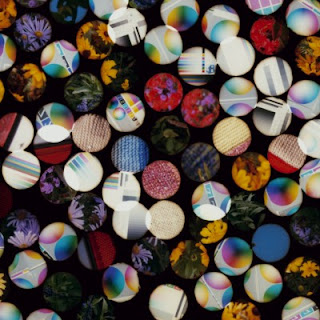 
Love of this album could depend on where you’re head’s at…and I say that embellishing all possible mysticism conjured from dark, layered, ambient techno – because, personally, my head is between headphones, and the looping chimes being squished and spread all around over shimmying beats varying between subtle house-ready booms and regular strutting clatter, the alien-gurgled synthesized melodies and the live instrumentation of hi-hats and snare marches and bass guitars – are all causing a nice cerebral swoon – finding electronic composer Kieran Hebden expanding and surpassing upon embraced forms of the past, as There Is Love In You marks his first Four Tet recording in more than 4 years.

Your head, in the meantime, might be against the headrest of your driver-side car seat as this facilitates a star splayed night drive soundtrack of steady building pieces, revealing more layers of looped vocal samples going in rounds for harmonization, more chimes, more synths, surging beats. Or maybe your head is dizzied by the lights of some idyllic and stately dance floor, certainly not the overbearing blast of a club, but maybe a something else…maybe your own living room with the lights turned low. This seems Hebden’s sleekest presentation yet, where past works flexed a more confrontational eccentricity, with movements swerving into a few right angles or indulging more acerbic sounds or tones; sleek, and also calmer, but in a steadily building burn – everything flows, whereas previous songs were more keyed-up into some hard-driving techno rock thing. A song like “Circling” is telling, in title and structure – rounding synth hazes swirl bigger and bigger like ripples of a pond broken by a single stone until it hits the shore. Steady, building, rising…to…the morning?