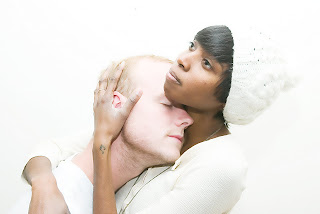 ...so Real Detroit has the "in my ear" feature - which, will soon feature singer/guitarist Dina Bankole (of sweetly shredded indie-rock duo the Secret Twins) and her top ten records that she's been spinning lately.
But, since that column has such limited space - Dina, and Deep Cutz, wanted to go beyond the quick and dirty listing - and actually provide insight into the artist's preference. So here's Dina, her list, and her thoughts -
(And then, as Real Detroit is featuring Dina specifically to emphasize the fact that, she is female, and that it is in promotion of the Crofoot's staggering collection of impressive female artists in it's "Women" art/music celebration on 2/13 - DC wanted to still offer drummer Tim (Timmy) Thomas the chance to form his list - even if he's got a Y chromosome...plus, he helped me finally/fully appreciate The Wipers).
Turns out their both big Javelins and Leslie Gore fans... - see them 2/13 at the Crofoot.
Dina:

CLOUD NOTHINGS - turning on (cassette/cd)
really great debut album. won't leave the car for awhile. this is quite the passenger pleaser.

CHILD BITE - fantastic gusts of blood
definitely stole the show for me at Mittenfest, but definitely.

JAVELINS - heavy meadows
band "van" music. stwins has been rocking this quite a bit on the way to gigs and band excursions. our monster jam posse became new fans en masse.

BROADCAST - tender buttons
where has this band been all my life!?

BEST COAST - all 7"s+ tape
Timmy and I are super big on Leslie Gore so this comes naturally to us as well!