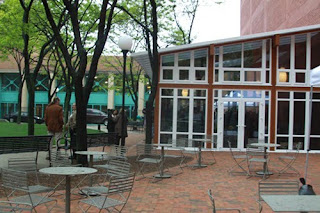 It's been going around the news - Real Detroit Weekly's report can be read here, documented by managing editor Ashley C. Woods - (The Detroit News also picked it up, here) - Cityfest won't be happening this fourth of July weekend. Instead, we'll have a series of block-party type affairs running Thursdays-through-Fridays down and around the grassy bowl of that area's park stage. We'll have live bands, films, farmers markets and more!
So instead of cramming it all into one-four day span of massive crowds, billows of barbecue smoke and ketchup-stained pavement, we can wind it down to more bite-sized weekend affairs.

You can read about it in next Wednesday's Real D.
More info here, from MLive
Posted by jeff milo at 6:06 PM